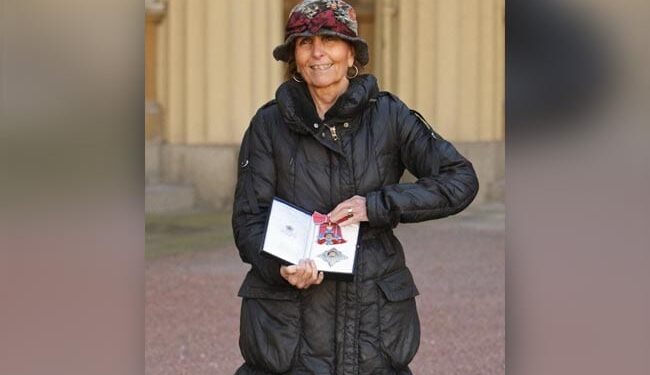 Celebrated British-Portuguese artist Paula Rego has died in London at the age of 87, her representative the Victoria Miro gallery said on Wednesday.

A statement said she “passed away peacefully this morning after a short illness at home in north London, surrounded by her family.”

“Our heartfelt thoughts are with her children Nick, Cas and Victoria Willing, and with her grandchildren and great-grandchildren.”

Rego, who was born near Lisbon on January 26, 1935 and moved to Britain in the early 1950s, attended the prestigious Slade School of Fine Art.

In the 1960s she exhibited with the London Group of artists, including Frank Auerbach and David Hockney.

She was known for her figurative, emotionally charged paintings and prints based on storybooks, often reflecting feminism and Portuguese folktales.

Last year, Tate Britain held a major retrospective of her work, praising her as “an uncompromising artist with an extraordinary imagination”.

“She has revolutionized the way women are represented,” according to the London gallery.

A series of pastels she created in 1998 after the failure of a referendum to legalize abortion in Portugal had a huge impact in her traditionally strongly Catholic homeland, ultimately leading to a shift in public opinion to favor abortion under certain circumstances in a second referendum in 2007.

Another series of work from the 1990s, entitled Dog Women, also brought out the feminine ability to rise above suffering and oppression, harboring within herself a survival instinct.

Elena Crippa, the curator of the Tate exhibition, told the BBC in 2021 that she saw Rego’s influence in the work of most of the female painters.

“I would struggle to think of a major painter, especially in Britain where I can see no connection to Paula,” she said.

“Paula takes you to uncomfortable places – Jung called it the shadow. They are taboo areas, where love and cruelty meet, and our urges and fears live.”

Portuguese Culture Minister Pedro Adao e Silva described Rego as “the most international artist” his country has produced as the government prepared to declare an official period of mourning.

Rego, who was married to British artist Victor Willing until his death in 1988, received numerous awards in Portugal and Great Britain.

She was named a lady by Queen Elizabeth II in 2010. In 2009, a museum of her work was opened outside Lisbon.