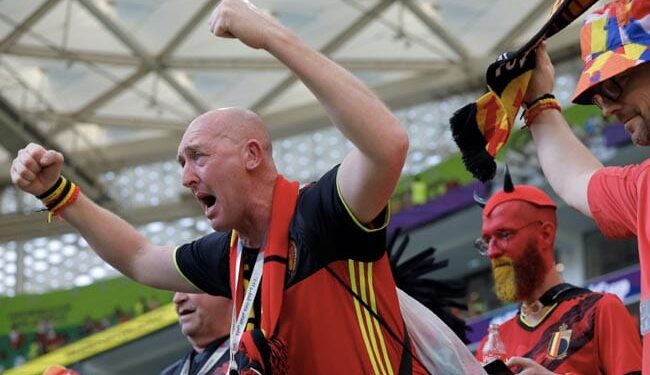 The Chinese broadcaster cuts images of maskless fans at the World Cup in Qatar. (representative)

CCTV Sports showed distance shots of the crowd where it was difficult to distinguish individual faces, and fewer crowd shots compared to the live broadcast of the same game on online platforms, including Douyin – the Chinese version of TikTok.

Tens of millions of people in major cities, including Beijing, Guangzhou and Chongqing, were locked down in some way as of Sunday — a contrast to the rowdy World Cup crowds that have enraged many Chinese social media users.

An open letter questioning the country’s Covid-19 policies and asking if China was “on the same planet” as Qatar circulated on the popular WeChat messaging app on Tuesday, before censorship removed it from the platform.

Hundreds of people took to the streets in Beijing and Shanghai on Sunday to protest China’s zero-Covid policy in a rare outburst of public anger against the state.