Could only think about pain: patients tell about Monkeypox experience 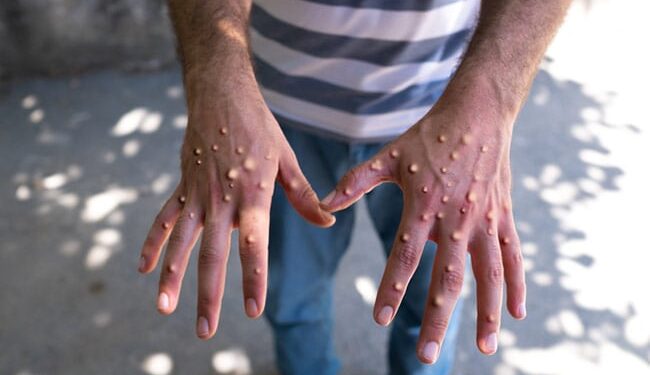 The Monkeypox virus has spread rapidly around the world. (representative)

The monkeypox virus can cause intense pain, but the psychological scars of the disease can be just as devastating, say patients and those who treat them.

“You don’t come out unscathed from a disease that has hurt you so much…and the added burden of discrimination,” says Corentin Hennebert, one of the first cases in France.

Since May, the virus has spread rapidly around the world, overwhelmingly among men who have sex with men, raising fears of a repeat of the stigma gay men face during the AIDS epidemic.

Nathan Peiffer-Smadja, an infectious disease specialist at Bichat-Claude Bernard Hospital in Paris, who has coordinated research on monkeypox patients, said the “psychological problems are linked to several aspects” of the disease.

Monkeypox can be very painful, especially due to lesions that commonly appear on the genitals, anus, or face.

The “after-effects, especially aesthetic ones,” are troubling to many who fear they could leave long-lasting scars, Peiffer-Smadja said.

Then there’s the impact of being suddenly struck by “a disease people had never heard of” after two years of the Covid pandemic, with monkeypox’s three-week isolation period reviving bad memories of lockdowns.

A small number of patients may develop internal lesions, especially in the anus, which can be “extremely painful,” Peiffer-Smadja said.

‘End of their chain’

That was unfortunately the case for Hennebert.

“I was constantly under the impression that razor blades were being stabbed in me – I can’t think of any other comparison, (the pain) was so strong,” the 27-year-old told AFP.

Before he was given the powerful painkiller tramadol, he lost seven pounds in just three days because he didn’t eat.

“All I could think about was the pain,” he said.

After he recovered, Hennebert became the spokesperson for a group of monkey pox patients who demanded faster action against the disease.

Sebastien Tuller, a 32-year-old LGBT activist, said he was “very anxious” when monkeypox lesions started to appear on his face.

“It was really ugly and I didn’t know what to do,” he said.

Michel Ohayon, head of the Paris Sexual Health Center 190, said that “once a disease is visible, it is frightening because it becomes potentially stigmatizing.”

He compared the monkeypox lesions to those of Kaposi’s sarcoma cancer, a visible “symptom of AIDS.”

The global monkeypox outbreak has “revived the trauma of HIV” despite the disease being much less fatal, said Nicolas Derche of France’s LGBT group SOS.

“For HIV-positive people, this has revived some very raw things,” from fear of a diagnosis to reliving past discrimination, said Vincent Leclercq of the French group AIDES.

Tuller said he received a torrent of insults and derogatory comments when he went public about having monkey pox.

“There is a lot of residual homophobia and this has a real impact on mental health,” he said.

“Many do not say they have or have had monkeypox for fear of being stigmatized,” he added.

Young people who have not yet come out are put in a particularly difficult position, as are those who fear their sexual orientation will be revealed to their employers because they have to be in isolation for three weeks, he said.

Nearly a quarter of calls to a French monkeypox helpline this month were about psychological issues, the group that runs the line told AFP.

Some gay men have avoided all sexual activity for months for fear of the disease, which has further affected mental health, according to LGBT groups.