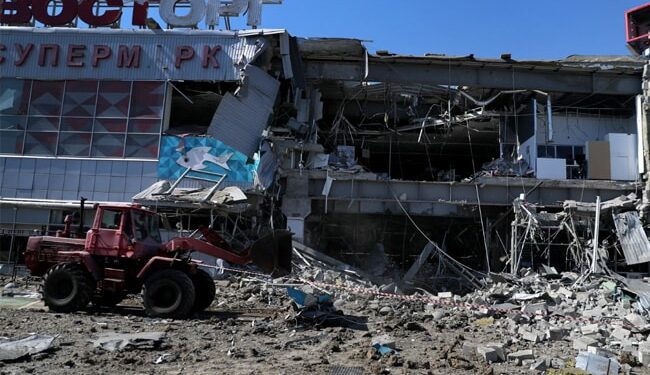 Despite the warnings, crowds of Hasidim dressed in traditional black clothing gathered in Uman.

Tens of thousands of Hasidic Jews gathered in the Ukrainian city of Uman for their annual pilgrimage, officials said Sunday, despite authorities’ requests to skip the trip because of the war.

Every year Hasidic Jewish pilgrims from all over the world come to Uman in central Ukraine to visit the tomb of one of the most important figures of Hasidic Judaism for the Jewish New Year celebration of Rosh Hashanah.

“This is the most important day of the year to connect with God. And this is a great place to do that,” a pilgrim, Aaron Allen, told AFP.

Uman is relatively far from the front lines, but Ukrainian and Israeli authorities still urged believers to skip this year’s celebrations between September 25 and 27.

Despite the warnings, crowds of Hasidim dressed in traditional black clothing gathered in Uman to celebrate in the streets.

“There were sirens, but coming from Israel, we’re used to sirens, we know what to do. We feel pretty safe,” said Allen, a 48-year-old doctor from Yad Binyamin.

Pilgrims often cite a religious text by Rabbi Nachman, the founder of an ultra-Orthodox movement who died in the city in 1810, promising that he would “save (worshippers) from Hell” if they came to visit his grave on Rosh Hashanah.

Police set up a wide perimeter to access the area around the grave, check IDs and only allow residents and Hasidim to pass.

The sale of alcohol, fireworks and toy guns is prohibited during the festivities in Uman, regional police spokeswoman Zoya Vovk told AFP. There is also a curfew between 11pm and 5am.

In his daily address to the nation on Sunday, Ukrainian President Volodymyr Zelensky said he wanted to “congratulate the Ukrainian Jewish community and all Jews around the world on the occasion of Rosh Hashanah.”

And despite the restrictions, the shrine that housed the tomb was buzzing with celebrations on Sunday.

Pilgrims—men and boys only—were praying, pressed against the white walls and columns of the cemetery.

Outside, a simultaneous prayer of hundreds of pilgrims rang out.

Meters away from the temple, shouting a polyphonic prayer, pilgrim Yaniv Vakhnin explained how Rabbi Nachman could offer comfort in the most challenging times.

“Rabbi Nachman says that even (when) there is war in a country, whoever listens to him will not be affected,” said the 48-year-old from Safed in northern Israel.

“We are completely protected by the tzaddik (Nachman), and we feel very safe and very happy to be together,” he added.

Vakhnin said it took him 30 hours to get to Uman: first a flight to neighboring Romania and then a 15-hour bus journey.

He came to Ukraine as confirmation of the steadfastness of his faith with two of his children, while five more stayed at home.

“We are going to pray to God. And hopefully Ukraine will not get hurt and win the war, because Rabbi Nachman is buried here, so Ukraine is protected,” said Vakhnin.

The United Jewish Community of Ukraine organization said more than 23,000 pilgrims had arrived in Uman.

The police will not reveal exactly how many pilgrims have been there until the end of the festivities for fear of attacks from Russia.

“We understand that there is a large-scale Russian invasion of Ukraine and that the enemy is monitoring information,” police spokeswoman Vovk told AFP.

“All I can say is tens of thousands (pilgrims have already arrived)”.

In September 2020, thousands of ultra-Orthodox Jews were trapped for days between the borders of Belarus and Ukraine after Kiev denied them entry due to the Covid pandemic.