Dispute between Armenia and Azerbaijan continues, Russia says it is working on a solution 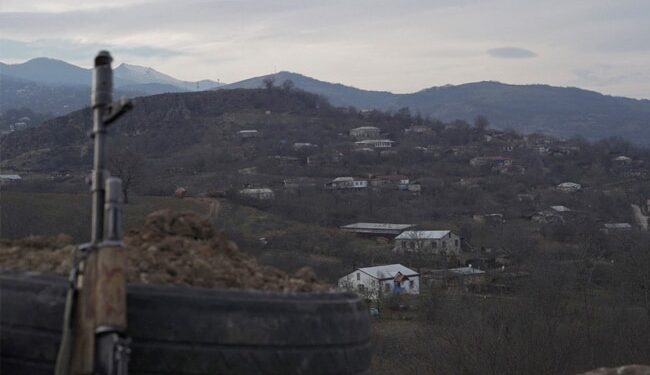 The Nagorno-Karabakh region is at the center of the conflict. (File)

Russia said on Tuesday it is working hard to resolve a dispute between Armenia and Azerbaijan over the Lachin Corridor, the only road connecting Armenia to the Armenian-populated enclave of Nagorno-Karabakh.

The mountainous route through Azerbaijan has been blocked since Dec. 12, when protesters claiming to be environmentalists stopped traffic by erecting tents. Some 120,000 ethnic Armenians in Nagorno-Karabakh depend on it for their food, fuel and medicine.

The standoff has sparked international concern, with US Secretary of State Antony Blinken calling on Monday for the immediate reopening of the route.

Russia is the main power broker in the region and has peacekeepers stationed along the Lachin Corridor. Their failure to reopen it is a source of frustration for Armenia.

Russia “continues painstaking and difficult work with both Armenia and Azerbaijan,” Kremlin spokesman Dmitry Peskov told reporters when asked to comment on Blinken’s comments. He did not elaborate further.

Armenia says the protest was orchestrated by the Azerbaijani government as a deliberate blockade of Nagorno-Karabakh. Azerbaijan denies that and says the activists are organizing a legitimate protest against illegal mining activities.

The two countries have fought two wars since the collapse of the Soviet Union in 1991 over Nagorno-Karabakh, which is internationally recognized as part of Azerbaijan but is populated primarily by ethnic Armenians.