Donald Trump, US government in dispute over seized documents 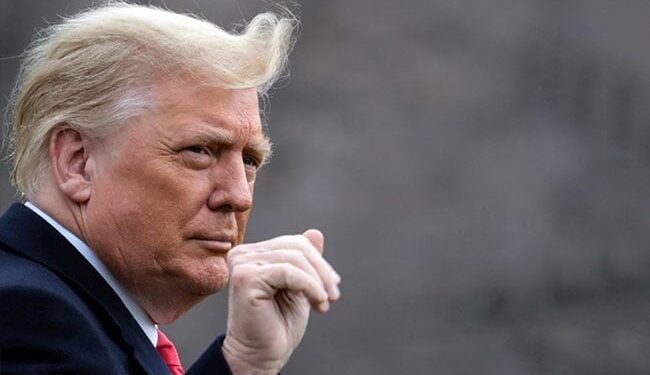 Last month in August, Florida-based Mar-a-Lago was searched by the FBI as part of a document investigation.

A growing standoff between Donald Trump and US federal investigators landed in court on Thursday after days-long revelations about top-secret documents seized by the FBI from the former president’s Florida home.

Trump is asking that a third party be appointed to reassess the government’s screening of the sensitive documents to determine whether they were protected by government secrecy protocols or were “highly personal information” that had to be returned.

A Florida federal court said Thursday it would rule on the request at an unspecified time in the future, significantly raising the bar in the case, sparking a torrid response from the Justice Department.

Prosecutors on Tuesday unveiled much of the evidence against the Republican former president recovered last month during a search of his Mar-a-Lago residence in South Florida.

The officials said they had evidence of attempts to conceal classified documents, despite a grand jury demand in May that Trump produce records that had been removed from the White House in January 2021.

Some files were so sensitive, they noted, that federal agents and Justice Department personnel had to have increased security clearances to even look at the material.

“The location of the passports is relevant evidence in an investigation into unauthorized retention and mishandling of national defense information,” the ministry said.

The filing provided the most detailed account yet of an 18-month effort to recover hundreds of classified files that were mistakenly brought to Mar-a-Lago when Trump left office.

And the allegation of obstructing the FBI’s search is putting further legal pressure on the former president, who denies all wrongdoing.

In court on Thursday, one of Trump’s lawyers described the controversy as akin to an outcry over an “overdue library book,” according to US media outlets.

The tycoon’s legal team said an independent review of the files would increase confidence in the investigation and “decrease temperatures in the country,” according to DailyExpertNews.

Prosecutors say, however, that investigators have already completed their search of the documents and have identified “a limited set of materials that may contain privileged information from lawyers and clients,” according to the Guardian newspaper.

Trump’s latest legal filing on Wednesday did not address the most damaging aspects of the possible government obstruction case and did not claim that he released the documents while in office, as he has argued out of court.

U.S. District Judge Aileen Cannon, a Trump appointee, may investigate the certification his attorneys issued to the Justice Department on June 3, falsely stating that all files with classified markings had been returned.

Trump appeared to admit in a post on his online platform Truth Social on Wednesday that he knew there were sensitive documents in boxes in Mar-a-Lago at the time of the FBI’s August 8 search.

His legal team says the raid was unnecessary and took place in “the middle of the standard give and take” between Trump and the National Archives over the material he was allowed to take.

The Justice Department has released “free” information, including a photo of classified documents seized from the residence, the former president’s lawyers say.