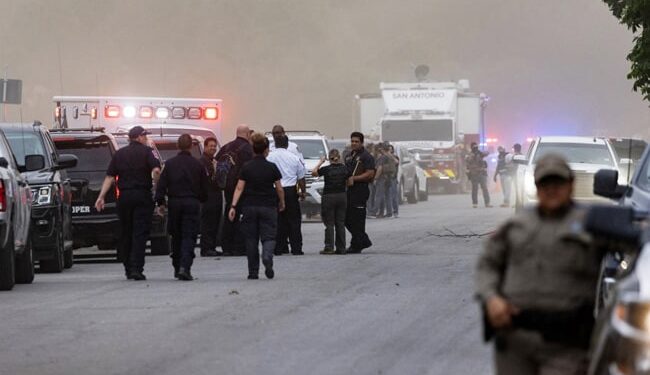 Former US President Donald Trump has also rejected calls for tightened gun controls in the US.

Keith Jehlen says the shooting at a Texas elementary school makes him “sick”, but that “you can’t blame the gun” that killed 19 small children and two teachers.

“We’ve always had guns in this country,” said the 68-year-old retired US Postal Service employee, pointing out that he personally owns more than 50 firearms.

Looking back at the shooting, he grimaced and said, “It gave me a stomachache.”

But guns aren’t the problem, said Jehlen, who was dressed in camouflage pants and a Trump hat. He argued that the disaster might have developed differently if the people at the school had been armed.

The NRA event — which runs through Sunday — will be held at a large downtown convention center with anti-gun protesters gathering outside.

“Blood is on your hands,” read a protester’s sign. “Guns = death,” read another.

Trump received loud applause from the crowd when he addressed the convention later in the day. He grimly read out the names of the victims of the Uvalde shooting and urged Americans, regardless of political affiliation, to “find common ground.”

But he nonetheless got political, criticizing “abhorrent” Democrats for villainizing “peaceful, law-abiding” NRA members who own guns.

In cubicle after cubicle of the cavernous convention hall were displayed hundreds of firearms—all rendered inert without removing the firing pins—from small handguns to AR-15s, the ubiquitous semi-automatic weapon used by the gunner in Uvalde.

Retired law enforcement officer Rick Gammon looked at a wall of black semi-automatic rifles at the convention and said any attempt to take firearms from Americans was doomed to fail.

“You’ll never take guns away from people. This isn’t Australia,” said 51-year-old Gammon as he looked at the Hellion rifles — a compact bullpup design that he noted would fit well behind his driver’s seat or in his pistol. safe at home.

After the massacre of 35 people in Port Arthur in April 1996, Australia introduced stricter new gun laws, including a general ban on the use of semi-automatic rifles, shotguns and pump guns, except for specific purposes.

America – plagued by much more frequent gun violence, but with the right to bear arms as enshrined in its constitution – has repeatedly failed to act after mass shootings.

“I’d like to see universal background checks,” Gammon said, referring to a long-sought reform that has majority support in the United States. “But it won’t stop someone who is determined to commit crime.”

The convention is not only a gathering of gun enthusiasts, but also a place where they can test the “feel” of weapons they are considering buying.

“Oh, I like this,” Lisy V, 31, told a weapons manufacturer’s representative as she tested the weight and balance of a 9-millimeter pistol.

“You did it in purple too, and that caught my eye,” added the military veteran, who is looking for a new pistol she can hide in a holster under her skirt, because “it’s too hot for a pants in Texas.”

But she became contemplative when asked about Uvalde.

“Personally, I think there should be more gun education,” she said, but with 18-year-olds able to serve in the military, the veteran feels they should be able to buy assault rifles as well.

Jim Maynard, a gun owner and industry advocate, said that while there is “a lot of uncertainty” in America today and people mourn, he agreed with the decision not to postpone the NRA convention.

“Rogue a tool doesn’t solve the problem we have,” he said.

People blaming guns for America’s crisis of violence was just “hype” and they should focus more on expanding mental health programs.

“The protest outside is of no use in preventing the next shooting – and it will not stop anyone from committing violence,” Maynard added. 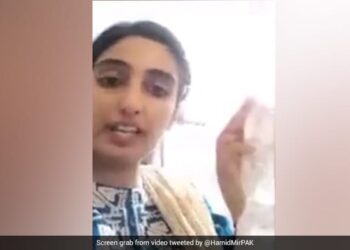 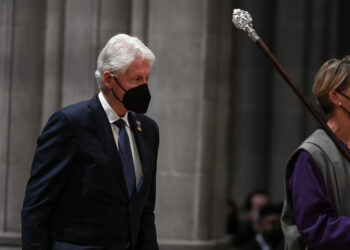 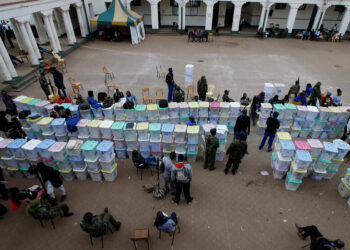 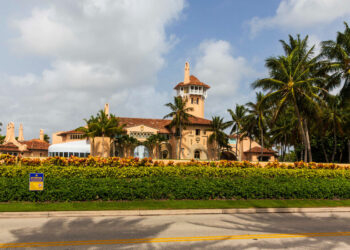 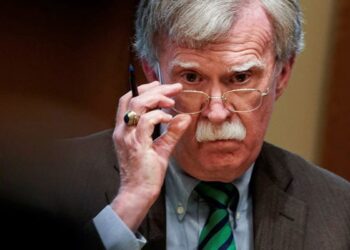