Eiffel Tower lights out early to save energy 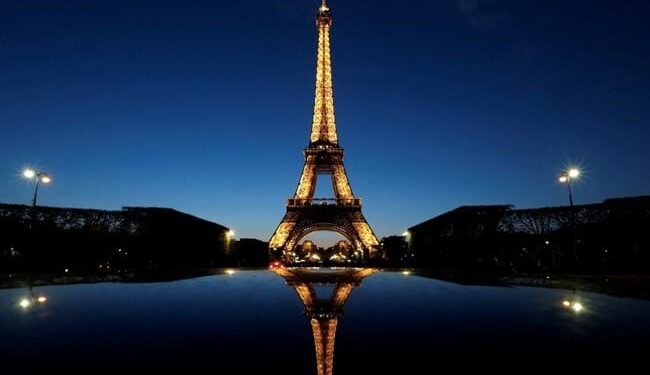 The Eiffel Tower is currently lit up until 1am by a lighting system that gives it a golden glow.

Paris will turn off the Eiffel Tower lights an hour earlier than usual this winter, lower water temperatures in municipal swimming pools and postpone heating public buildings to save energy this winter, the city’s mayor said on Tuesday.

The measures aim to achieve President Emmanuel Macron’s goal of industry, households and municipal authorities to cut their energy consumption by 10% in response to Russia’s cuts in gas supplies and rising energy prices.

Across Europe, countries are looking for ways to reduce energy consumption and replenish their gas supplies in preparation for a possible total shutdown.

France is not as exposed to Russian gas as some neighboring countries, but a record number of nuclear reactor outages has forced France to import power when it would normally be an exporter, putting pressure on energy markets.

“France will always be the city of lights,” said Mayor Anne Hidalgo.

The Eiffel Tower is currently lit up until 1am by a lighting system that gives it a golden glow. At the end of each hour, it sparkles thanks to 20,000 flashing lights. Turning off the monument’s lights at 11:45 p.m. would mean a 4% reduction in energy consumption.

Hidalgo said that from September 23, lighting in Paris’ public buildings would be turned off at 10 p.m., while the water temperature in swimming pools would be lowered to 25 Celsius from 26 Celsius. The heating in the public building will be reduced to 18 degrees Celsius.

The capital’s energy bill is set to reach 90 million euros this year, 35 million more than usual, even with long-term electricity and gas contracts protecting authorities from the worst cost hikes.