Elon Musk Says He Wants One Billion Users on Twitter 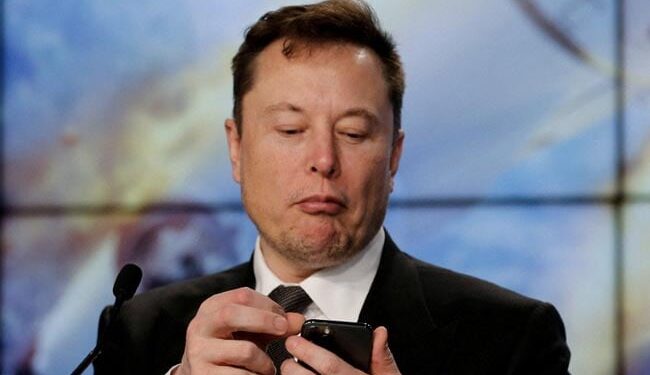 Elon Musk presented a vision to Twitter staff on Thursday of a platform with one billion users, but was fuzzy about potential layoffs, free speech and what’s next in his chaotic buyout bid.

While answering questions during his first meeting with wary staffers, the Tesla chief offered no updates on his $44 billion deal that he has questioned in recent weeks.

But in comments from the virtual meeting for employees lasting less than an hour, Bloomberg and DailyExpertNews reported his alleged passion for self-expression on the platform, based on leaks.

Musk said he wants “at least a billion people on Twitter” in what would be massive growth for a platform that currently has about 229 million.

The Tesla chief has already made comments about how he would run the platform — including lifting Donald Trump’s ban — but his words this time were aimed directly at workers’ concerns.

Musk told Twitter employees that he personally favors moderate political stances, but that users should be allowed to say outrageous things, leaked reports from the meeting said.

He qualified that by saying that according to the reports, freedom of speech does not mean intrinsic freedom for commentary to reach far and wide.

Musk answered a question about potential layoffs by saying the company “needs to get healthy” when it comes to its financial situation.

He endorsed ads and subscriptions as ways to make money on Twitter, saying that ads should be both entertaining and legitimate.

Musk spoke again about making money on Twitter by charging fees for verifying the identity of those behind accounts, then making verification a factor where tweets rank higher on the platform.

Regarding Twitter’s policy of letting people work from home, Musk said it would only be an option for those who have proven to be exceptional at their jobs, he allegedly told the meeting.

“The Musk Twitter all-hands call was the wrong call at the wrong time in our opinion,” Wedbush analyst Dan Ives said in a tweet.

“Many answers Musk was unable to give given the fluid nature of the deal.”

Ives added that the virtual exchange revealed a contrast between the kind of culture that Musk nurtures and the “Twitter DNA.”

A potential owner targeting the troops of a company he or she wants to buy is a regular part of the merger scenario, but Musk’s offer was anything but ordinary.

He shocked the tech world with an unsolicited buyout offer in April for the platform, which is a key exchange for news, entertainment and politics.

The board eventually got around to backing his bid of $54.20 a share, but has since cast doubt on the deal, but clashes with the company’s leadership over user base.

Musk has kept workers and Wall Street on edge about how the buyout saga will end.

Reports emerging from the meeting clearly left the market unconvinced of the buyout, with Twitter shares falling more than two percent in afternoon trading, well below the buy price agreed with my Musk.

The proposed sale has sparked outcry from critics who warn that his stewardship will encourage hate groups and disinformation campaigns.

US securities regulators have also urged Musk to explain an apparent delay in reporting his stock purchases on Twitter.

For his part, Musk has repeatedly questioned about fake accounts on the platform and said on Twitter that he could walk away from the transaction if his concerns were not allayed.