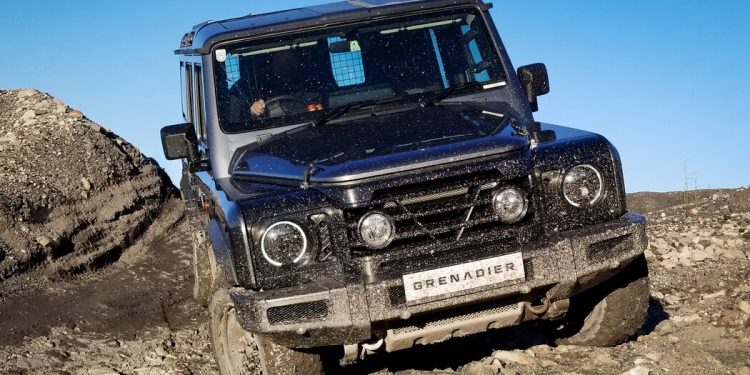 In the middle is the lifestyle consumer. “We’re not targeting people with a lifestyle image, but we’ll probably get some,” Ms Falconer said. “The adventurous lifestylist, people who really go out.”

For Ms. Falconer, this segment may only be weekend warriors, but it will be mountain biking, rock climbing, kayaking, skiing, and more. “They need a vehicle that can take them and their gear there,” she said. “With that,” she continued, “we’re going to be a niche player, probably a bit of an unusual choice for a boutique.”

In the 2017 interview, at the Grenadier pub in London, Mr. Ratcliffe that Jaguar’s decision to discontinue the original Defender “had left quite a gap in the market”. He criticized contemporary SUVs as “jelly molds” that are all similar.

Mr. Clark spoke about the company’s early plans. “As for any newcomer, building brand equity, driving attention and delivering on promises are the key ingredients of a successful start,” he said. His goal is to stay in touch with reservation holders to build their trust.

Mr. Clark mentioned the big competition: the Ford Bronco, the Wrangler, Toyota’s 4Runner. “But as adjacent competitors we naturally consider the Toyota Land Cruiser, Land Rover Defender and, to a lesser extent in this generation, the Mercedes G-Wagen,” he said. It’s going to be a busy and competitive market, but INEOS is confident in its niche.

US focus groups yielded interesting results, Ms. Falconer said. “What we found was that anyone who owned an old Defender just loved us,” she said. “They loved what we did.”