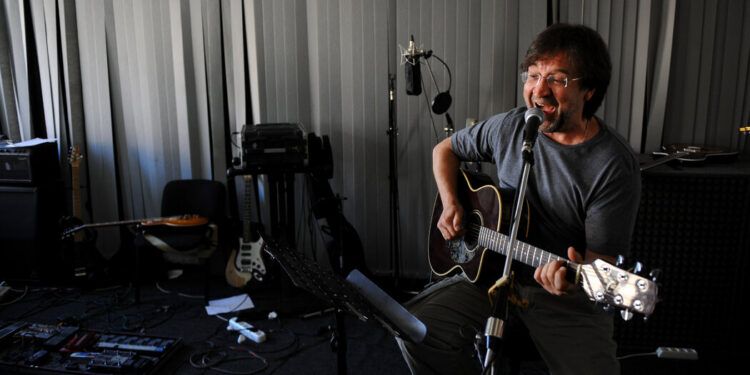 A Russian rock musician who condemned the invasion of Ukraine at a concert on Wednesday and wondered why so many Russians and Ukrainians had died was accused of discrediting the military.

In front of a packed stadium in Ufa, Russia, Yuri Shevchuk, the frontman of the band DDT, said people died as a result of “some sort of Napoleonic scheme from our latest Caesar, yes?”

“The motherland, my friends, is not,” he said, part of the president’s body “that you have to lick and kiss all the time.”

“The motherland is a poor grandmother who sells potatoes at the train station,” he said, according to a translation from The Associated Press.

Mr Shevchuk, 65, who over the years has challenged President Vladimir V. Putin’s decisions, made the comments less than three months after Russia passed a law that would punish anyone who spreads “false information” about its invasion with up to 15 years in prison.

Radmir Usaev, a producer, said on Instagram that “security forces” spoke with Mr Shevchuk for an hour after the concert and had him sign a “protocol” that was sent to a court.