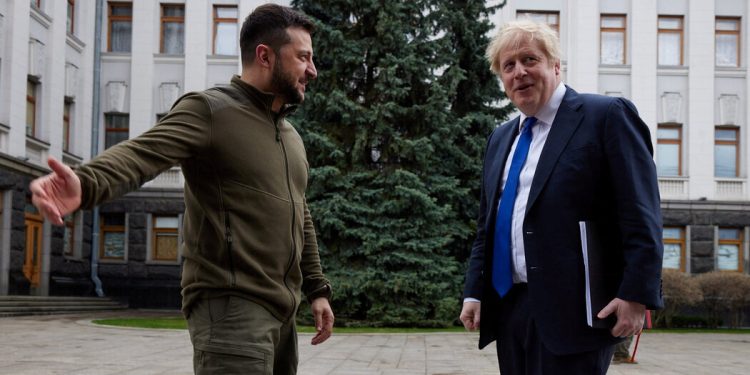 Britain will supply 120 armored vehicles and new anti-ship missile systems to the Ukrainian military, Downing Street said in a statement to coincide with the prime minister’s meeting with Mr Zelensky. That comes on top of £100 million, or about $130 million, in military equipment Mr Johnson pledged to Ukraine on Friday.

Johnson and Zelensky praised each other at a news conference after meeting for their collaboration since the Russian invasion, Reuters reported. The Ukrainian president called for “a complete ban on Russia’s energy supplies and for more arms supplies to us”.

Mr Johnson replied: “Together with our partners, we will step up economic pressure and we will continue to intensify sanctions against Russia week after week.” He said those measures would mean moving away from Russian fossil fuels.

On Saturday, Mr Johnson also promised that, subject to parliamentary approval, Britain would guarantee an additional $500 million loan from the World Bank to Ukraine, bringing the total loan guarantee to about $1 billion. However, Britain has not offered to supply tanks to Ukraine, but instead supply equipment that could be classified as defensive.

Britain has also sent Next Generation Light Anti-Tank Weapons, which have proved useful for mobile Ukrainian fighters to use against Russian armored vehicles.

Mr Johnson has built close ties with Mr Zelensky, speaking to him regularly on the phone and inviting him via video last month to address the House of Commons, the first of a number of virtual speeches Mr Zelensky delivered to foreign parliaments. .

Last month there was speculation that Johnson would visit Ukraine’s capital, Kiev, after the leaders of Poland, the Czech Republic and Slovenia went there. But that trip was delayed for weeks and the British Prime Minister’s visit on Saturday came as a surprise.

On Saturday, Mr. Johnson and mr. Zelensky with a group of soldiers through the streets of Kiev, according to… posted a video online by the Ukrainian Defense Ministry. In the weeks before the Kremlin withdrew troops from across the city, Russian troops had bombed the city and Mr. Zelensky had posted defiant videos of the streets.

Other Western politicians have also recently made the trip to Kiev to emphasize their support for Ukraine and for Mr Zelensky, including Ursula von der Leyen, the president of the European Commission.

On Friday, she traveled to the Ukrainian city of Bucha, where retreating Russian soldiers are accused of killing dozens of civilians. She condemned the killings and promised to try to accelerate Ukraine’s efforts to join the European Union. 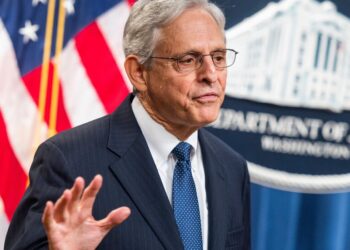 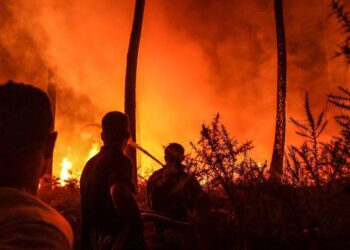