Brittney Griner’s trial draws to a close with closing arguments. 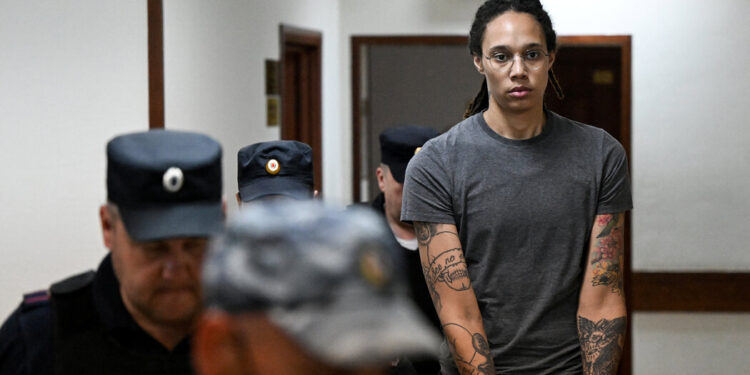 Aleksandr Boikov, one of Ms Griner’s lawyers, said on Wednesday that the defense will hold its closing arguments on Thursday, as she has completed her case and does not plan to call additional witnesses. He said Ms. Griner would be given a chance to make a final statement, and Anna S. Sotnikova, the judge, would then begin forming her verdict.

The Biden government is under pressure from Mrs Griner’s wife and supporters to negotiate her freedom.

Last week, Secretary of State Antony J. Blinken said the US government had “put on the table a substantial proposal” on the Russian side regarding Ms. Griner and other Americans held in Russian custody. Mr Blinken then discussed the matter with his Russian colleague, Sergey V. Lavrov, last week, in their first phone call since the Russian invasion of Ukraine, but no breakthroughs were reported.

Russian officials have insisted that diplomatic bickering over Ms Griner should be kept behind closed doors. Kremlin spokesman Dmitri S. Peskov said on Tuesday that negotiations on a possible prisoner swap “must be discreet.”

“Megaphone diplomacy and the public exchange of views will not lead to any results,” he said.

Ms. Griner arrived at a Moscow airport on February 17, en route to the Russian city of Yekaterinburg near the Ural Mountains, where she had played for a local team during the off-season. Customs officers checked her luggage, where they found two vape cartridges containing less than one gram of hash oil.

News of her detention only became public after Russia invaded Ukraine a week later. Ms. Griner, 31, was charged with attempting to smuggle a significant amount of banned narcotics into Russia.

She testified in court that the illegal substance had been in her luggage as a result of an inattention while packing. Her defense team noted that she was authorized to use medical cannabis in Arizona to manage pain, which has become a common practice among some American athletes.