Days after the sinking of a Russian warship, questions linger. 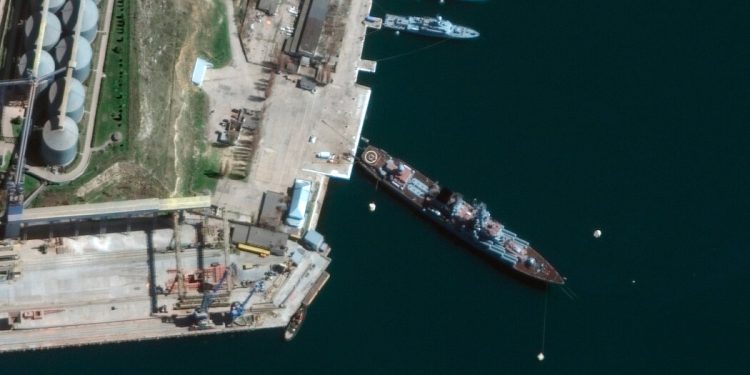 While carefully scripted television news programs still use the “military operation” formula, guests often shout about “war” in the thick of the screams that are a trademark of Russian TV talk shows.

The even angrier tone than usual when discussing the Moskva sinking indicated that many commentators found Ukraine guilty. Vladimir Bortko, a film director and former member of the State Duma, Russia’s parliament, skipped the official statement that it caught fire, for example, and said Thursday that the attack on the ship should be treated as an attack on Russia itself.

“The special military operation has ended, it ended last night when our motherland was attacked,” he said, after asking the other panelists to remind him what Russia called the war. “The attack on our territory is casus belli, an absolute cause for real war.” He suggested that possible responses include the bombing of Ukraine’s capital, Kiev; the transportation networks that allowed foreign dignitaries to visit; or something sinister: “Bomb them once and that’s it.”

His rant about war sparked an admonition from Olga Skabaeeva, the host of the popular 60 Minutes program, who said he was speaking in the context of NATO’s aggression against Russia. Some analysts think all talk of NATO’s attack on Russia is intended to lay the groundwork for a possible general mobilization of the male population – martial law is a necessary preliminary step, and a declaration of martial law requires waging war or being threatened.

So far, however, Russian news programs have not called the events in Ukraine a war. They get their queues from the Ministry of Defense briefings.

“It’s all the presidential administration with their giant printer, there are no disagreements available,” said Vasily Gatov, a Russian media analyst in the United States. “They will not risk interpreting Defense Department reports.”

As for the Moskva, Russian media reports have adhered to the official version issued by the ministry and echoed TASS, a state news agency. That version stated that a fire on board had ignited an ammunition warehouse, severely damaging the Moskva, named after the Russian capital.