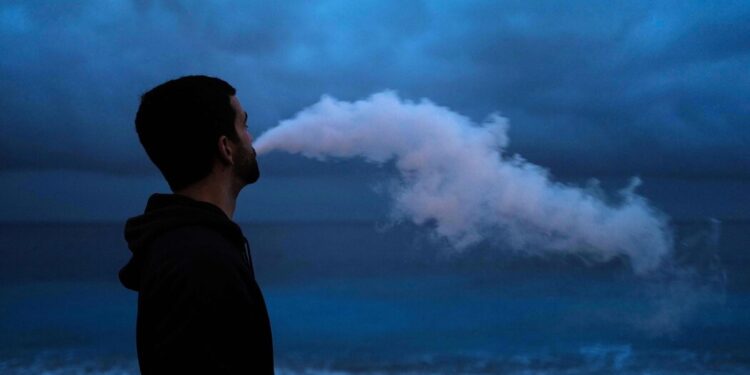 The European Union on Wednesday proposed a ban on the sale of flavored heated tobacco products, as part of a wider campaign to phase out tobacco use and reduce cancer rates in the bloc.

The proposal, spurred by an increase in sales of heated tobacco products, aims to keep pace with new products entering the market and to protect younger people, said Stella Kyriakides, health commissioner for the bloc’s executive arm, in a statement.

“With nine out of 10 lung cancers caused by tobacco, we want to make smoking as unappealing as possible to protect the health of our citizens and save lives,” said Ms Kyriakides, adding that her agency’s mission was to cut tobacco use back. to 5% in Member States by 2040.

Sales of heated tobacco products have skyrocketed in Europe, increasing by more than 2,000 percent between 2018 and 2020, according to a European Commission report released in June. The products now make up more than 2.5 percent of total tobacco product sales in the region, the report said.

The ban would apply to heated tobacco products, not those containing only nicotine.

The proposal comes amid broader research in Europe and the United States on the health effects of heated tobacco products and flavored nicotine products in vapes. It has yet to be approved by the European Council and European legislators; if the plan makes progress, member states will have several months to introduce a ban.

Some public health authorities have suggested that heated tobacco products are less harmful than conventional cigarettes.

Heated tobacco was associated with 10 to 25 times lower exposure to a number of carcinogens, according to a 2020 study by the National Institute for Public Health and the Environment in the Netherlands, which could mean a “significantly reduced relative risk” compared to normal tobacco. cigarettes . In 2018, a UK parliamentary committee also published a report stating that heated tobacco was likely less harmful than conventional cigarettes.

Dustin Dahlmann, chairman of the Independent European Vaping Alliance, said that if the bloc was to achieve its tobacco goals, there had to be alternatives to smoking. Flavored products, he claimed, would attract smokers who want to quit.

But public health experts and lawmakers have expressed concerns about the nicotine additive in some vape products and whether alternative smoking products simply encourage nicotine use in young people.

The World Health Organization has called nicotine consumption through vaping harmful, but added that it was too early to determine the long-term effects of their exposure. Nicotine consumption in children and adolescents has “damaging effects on brain development,” the organization said, adding that it could potentially lead to learning and anxiety disorders.

Last year, the Netherlands said it planned to ban flavored products used in e-cigarettes from 2023 to discourage children and young people from using them, but preserve tobacco flavors for people who use them to quit smoking.

A spokesperson for British American Tobacco, the world’s largest tobacco company by net sales, said the company was disappointed with the proposal, adding that a “holistic approach” that “reduces the role of tobacco and nicotine products by ” risk” was needed instead. (The spokesperson noted, however, that these products are still not risk-free and addictive.)

Most recently, a U.S. court last week granted Juul, a vaping brand popular with teens, a temporary reprieve from keeping e-cigarettes on the market following a decision by the Food and Drug Administration to ban them.