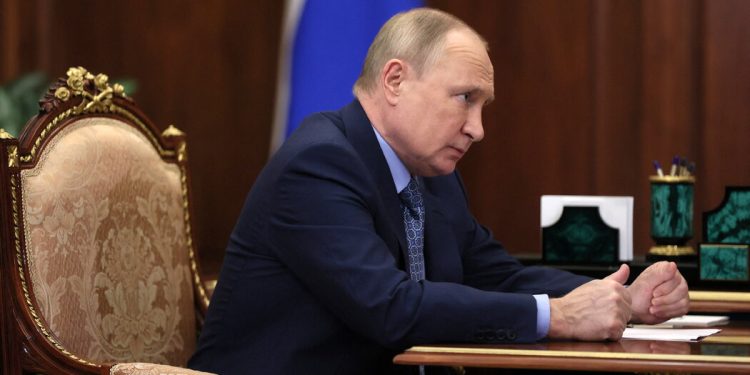 Eighty-three percent of Russians said they approve of Putin’s actions, up from 69 percent in January, according to a poll by the Levada Center, an independent pollster in Moscow. Ratings of many other government agencies, as well as the ruling party, have also risen, the poll shows.

Some observers believe that polls in Russia do not accurately reflect public opinion, with many people giving answers they believe are socially acceptable, but they are widely regarded as useful tools for measuring the dynamics of people’s moods.

Many Russians live in a world, as represented by the state media, where there is no war with Ukraine. Instead, their country is conducting “a special military operation” to wipe out far-right extremists in a brotherly country that has been thrown off track and forced by Western countries to turn against Moscow.

The Kremlin has decided to silence most independent media in Russia, forcing some to flee or suspend operations, and others to self-censor. Russia has blocked access to social media platforms, including Facebook, and major foreign news channels, and passed a law to punish anyone who spreads “false information” about the invasion of Ukraine with up to 15 years in prison. According to human rights activists, thousands of people have been arrested in anti-war protests in recent weeks.

The poll by Levada – who has been declared a ‘foreign agent’ in Russia – was conducted on more than 1,600 people across the country, with a margin of error of no more than 3.4 percentage points.

Denis Volkov, director of Levada, said the initial feelings of “shock and confusion” many Russians felt at the start of the February 24 invasion of Ukraine were replaced by a belief that Russia is under siege and that the population is leader must scissors. †

“The confrontation with the West has consolidated the people,” said Mr Volkov, adding that some respondents said that while they generally did not support Mr Putin, now is the time to do so.

According to that mindset, he said, people believe that “everyone is against us” and that “Putin is defending us, otherwise we would be eaten alive.”

Mr Volkov compared the prevailing mood in Russia to the aftermath of the annexation of Crimea in 2014, although he said national sentiment was much darker today.

“There is no euphoria because this time the situation is much more serious and difficult,” he said. “There are casualties and it’s unclear when it will all end.”