Fed up with deadly propaganda, some Russian journalists quit 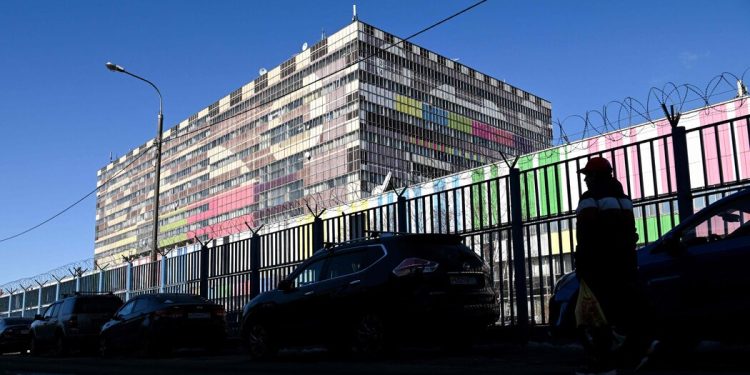 Dmitri Likin has helped shape the look of Russian state television for more than two decades, but he says neither he nor his friends ever watched the news.

It is an illustration of the kind of bargains that have long been made by some employees of the Kremlin’s propaganda machine – people who appreciated the steady work and the creative challenge, even if they disagreed with the mission of their workplace.

It was only this month, after President Vladimir V. Putin invaded Ukraine, that Mr. Likin resigned as art director of Channel 1, the Russian state television network that is a major player in the Kremlin’s sprawling propaganda apparatus. He insisted he was “not a politician”, but that the invasion meant he was now part of an operation with a “life-destroying” agenda.

“In Russia, television is made for people who for some reason are too lazy to use alternative sources of information,” Mr Likin said in a telephone interview, reflecting on his audience. “These are just people who have no education, or who aren’t in the habit of analyzing.”

Mr Putin’s invasion of Ukraine has caused some Russians who have long worked for the government to cut ties with it, a sign of how the Kremlin is struggling to keep society fully united behind the war. Thousands have been arrested to protest the invasion of Ukraine, tens of thousands have fled the country and on Wednesday, Putin’s climate envoy Anatoly Chubais became the first senior government official to reportedly resign since the invasion began on February 24.

There have been at least four high-profile resignations from Russia’s state television channels, a crucial pillar of Mr Putin’s rule over the country’s domestic politics. Marina Ovsyannikova, the Channel 1 employee who interrupted a live newscast last week to unfold an anti-war poster that read: “They’re lying to you here,” offered the most notable act of protest. Others, such as Mr Likin, have gone quieter and caught glimpses of the ferment in Mr Putin’s system — and a reminder of television’s tremendous power to shape how most Russians view the war.

“People are just depressed — clinically depressed,” Zhanna Agalakova, a Channel 1 correspondent who resigned this month, said of some of her colleagues left behind. “Many thinking people feel their own guilt. And there’s no exit, you understand? Just asking for forgiveness is not enough.”

All Russian national television networks are controlled by the Kremlin, and while their influence has waned with the rise of YouTube and social media, they remain the public’s single main source of news. About two-thirds of Russians relied on state television to get their news last year, down from 90 percent in 2014, according to surveys by the Levada Center, an independent pollster in Moscow.

During the war, the state television channels gave the Russians a picture of the conflict that is the opposite of what people see in the West: the Russians are the good guys, as they were when they fought against Nazi Germany in World War II, bringing liberation to Ukrainian lands seized by neo-Nazis, financed by the hegemonic West. Photos of dead civilians and destroyed houses are falsely branded as fake or are the result of shelling by the Ukrainians.

“Local residents say the Ukrainian army is deliberately firing at residential buildings,” a Channel 1 reporter said on Wednesday in a segment broadcast from the Ukrainian city of Mariupol, the target of some of the heaviest Russian bombing of the war. “Others say the Nationalists were ordered to destroy as much of the city as possible before withdrawing.”

Most Russians, polls say, believe in the message being beamed into their living rooms — especially since the war is presented as a logical extension of the narrative of enmity and resentment towards the West that Russian television has been promoting for years. And most state television journalists have stayed in their jobs for the time being, bringing the message of Russia, which is struggling for its very existence, to a climax. Liliya Gildeyeva, a presenter who left the state broadcaster NTV, told Russian outlet The Insider this week that she couldn’t judge her peers left behind — acknowledging that she herself had made compromise after compromise, realizing only when the war started how far she had gone. had gone.

“If you gradually give in to yourself, you don’t notice the depth of the fall,” she said.

The shock of the war seems to have pushed tens of thousands of Russians into a historic exodus in recent weeks, packing planes to destinations that still accepted flights from Russia, such as Turkey and Armenia. While some were journalists and activists on the run from possible arrests, many others were techies and other young professionals who suddenly saw no future for themselves in Russia.

Some members of the Russian elite are also on their way to the exits. The news of the most high-profile departure yet came Wednesday when Bloomberg News reported that Kremlin climate envoy Mr Chubais had quit due to the war in Ukraine and left the country. The Kremlin confirmed that Mr Chubais had resigned. He was seen as one of the few liberal-minded officials remaining in Putin’s government, and his leading role in Moscow’s economic reforms in the 1990s made him unpopular in much of Russian society.

It is far from clear whether the grumblings among some of the elite could in any way destabilize Mr Putin’s government. Mr Likin, the former Channel 1 art director, said he believed that people like him, who were willing to resign because of their principles, were a “small minority” of the Russian population.

“A lot of people don’t work for an idea,” Ms Agalakova, the former Channel 1 correspondent, said of her ex-colleagues who stayed behind. “People have families, have loans and somehow need to survive.”

Those who resign from state television, and especially those who speak out, face an uncertain future. Ms Agalakova spoke by phone from Paris, where she worked as a correspondent, and said that some of her acquaintances stopped communicating with her after she quit. Mr Likin said he planned to stay in Russia and continue his parallel career as an architect. He said he could envision returning to television if it “turns his agenda from a life-destroying to a life-affirming one”.

Government-sponsored polls claim most Russians support Putin’s invasion, although analysts warn that in times of war, people are even less likely to answer truthfully. Years of propaganda on Russian television, Ms Agalakova now admits, prepared the ground for war, in particular by undermining the memory of their country’s sacrifice in World War II and supporting current Kremlin policies.

“Of course, when the concept of Nazism is thrown into society, as if it were literally in our backyard in Ukraine, everyone reacts immediately,” Ms Agalakova said, referring to the Kremlin’s false claims that Russia is fighting the Nazis in Ukraine. “This is a shameless game. This is a fraudulent game.”

Amid the propaganda barrage, Russians who distrust television have found fewer and fewer places to get more accurate news. Since the start of the war, liberal radio station Echo of Moscow has been closed, independent television channel TV Rain has been shut down for the safety of its staff, and access to Facebook and Instagram has been blocked by the government.

On Tuesday, Russian authorities announced that a popular journalist, Aleksandr G. Nevzorov, was under criminal investigation for posting on his Instagram page about the Russian bombing of Mariupol. It was the latest attempt to instill fear among critics of the war by proclaiming the enforcement of a new law that will hand out a whopping 15 years in prison for any deviation from the official narrative of what the Kremlin calls a “special military operation” in Ukraine. .

Denis Volkov, the director of the Levada polling station, says the real test for Russian public opinion is yet to come, as the economic difficulties caused by Western sanctions filter through society. Still, he said he thought the Kremlin’s story of a West undermining Ukraine to destroy Russia, and that Russia is waging a noble fight to protect its people abroad, is so ingrained in the television audience that it’s unlikely was that this would happen. be expelled quickly.

“What seems to fit is accepted, what does not fit is simply rejected,” Mr Volkov said of how many Russians watch the news to agree with the television story. “What’s true or false doesn’t matter.”