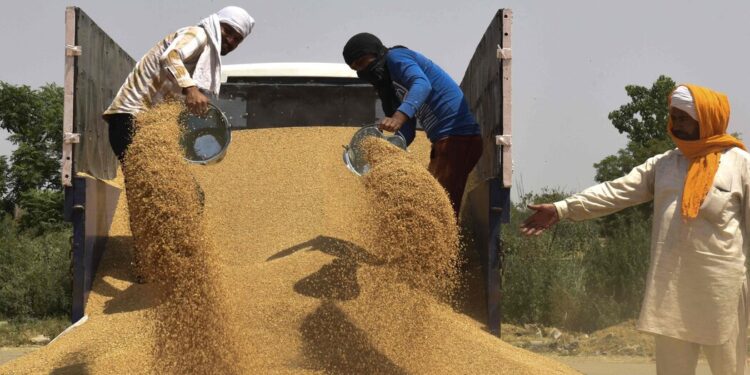 India, the world’s second largest wheat producer, has banned grain exports, with few exceptions, a measure that could exacerbate a global deficit exacerbated by the war in Ukraine and the already bleak forecast for hunger over around the world could worsen.

The war has interrupted wheat production in Ukraine and Russia, which are major suppliers. Fighting and blockades in the Black Sea have disrupted the transportation of the grain. And poor harvests in China, along with a heat wave in India and drought in other countries, have further reduced global supply.

India has about 10 percent of the world’s grain reserves, according to data from the US Department of Agriculture, a large surplus due to the heavy subsidization of its farmers. It has been seen for months as a country that could help fill global deficits.

The wheat export ban, announced in a statement from the Commerce Department on Friday, appeared to be a reversal of previous statements by Prime Minister Narendra Modi. The Indian leader told President Biden in April that the country was ready to supply the world from its reserves. He also urged domestic wheat producers to seize the opportunity, saying Indian officials and financial institutions should support the exporters.

The Commerce Ministry’s report on Friday said wheat exports were immediately banned, with few exceptions, as a sudden spike in the price of the crop had threatened India’s food security. Limited exports will be allowed at the request of individual governments whose own food supplies are vulnerable, the report said.

The export ban could be another blow to international organizations working to counter the growing threat of widespread hunger. The World Food Programme, a United Nations agency, warned that an additional 47 million people could go hungry if the ripple effects of the war add to an existing crisis of sharp rises in food prices and fertilizer shortages.

In early May, the agency’s chief economist, Arif Husain, said it was in talks with India to tap into its stockpile to reduce the deficit. He also said the World Food Program had urged countries not to impose export bans because they could raise prices and reduce availability. “Hopefully the countries are listening,” he said.

Ashok Gulati, a prominent agricultural economist in India, said the ministry’s announcement came across badly to India as it contradicted the government’s previous comments about wanting to supply wheat to countries in need.

“If there’s a global wave, you can tame it by opening borders instead of closing them,” Gulati said.

The move is also unlikely to be popular with Indian farmers.

Ranbeer Singh Sirsa, a farmer in the state of Punjab, said the ban would likely affect wheat farmers who had recently benefited from higher prices and higher demand.

“If the price wants to go up, let it settle for the international price,” said Mr Sirsa. “Who are they trying to protect now, at the expense of farmers?”