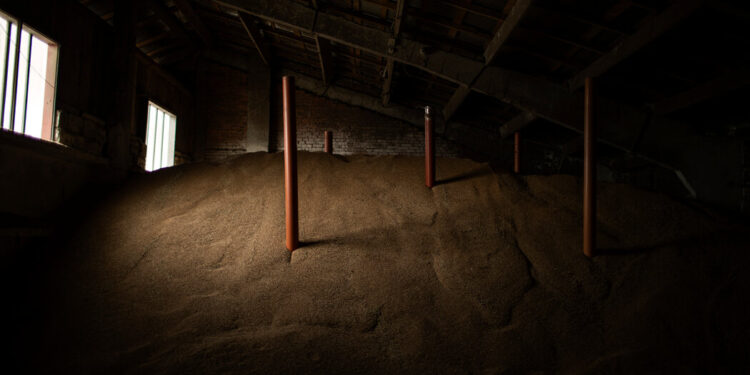 DAVOS, Switzerland – Fears of a global food crisis are mounting as Russian blockade of Ukrainian seaports and attacks on grain warehouses have choked one of the world’s granaries, raising fears that President Vladimir V. Putin is using food as a powerful new weapon in his three-month-old war.

World leaders call for international action to deliver 20 million tons of grain trapped in Ukraine. Some warned that unless the port of Odessa opens soon, there is a threat of famine in some countries and political unrest in others, which could be the worst global repercussion yet from Russia’s attack on its neighbor.

“In addition, Russia is now hoarding its own food exports as a form of blackmail, holding back supplies to raise world prices, or trading wheat in exchange for political support,” Ms von der Leyen told an annual meeting of political parties. and business leaders in the Swiss ski resort of Davos.

The European Union, she said, was working to open alternative routes for overland shipments, connecting Ukraine’s borders with European ports. But with the West reluctant to risk a direct military confrontation with Russia and the global food distribution network already cracked due to pandemic-related supply disruptions, freeing up Ukrainian food exports will be difficult and dangerous.

Among the proposals circulating, according to several news reports, was one from a Lithuanian government official in which a fleet of ships, escorted by ships from non-NATO countries, would attempt to break the Russian naval blockade off Odessa and escort Ukrainian cargo ships. Countries most affected by food shortages, such as Egypt, are said to supply the escort ships.

At the World Economic Forum, where concerns about the ripple effects of the war have already overshadowed nearly every other global problem, political leaders and food security experts sought apocalyptic language to describe the threat.

“It’s a perfect storm within a perfect storm,” said David Beasley, the executive director of the World Food Program, a United Nations agency. “If we don’t get the port of Odessa open, our problems will only get worse.” Calling the situation “absolutely critical,” he warned, “We will have famines all over the world.”