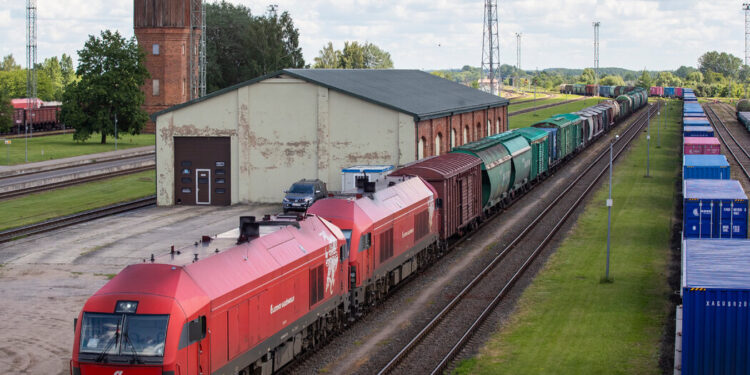 Just days after Moscow threatened retaliation against Lithuania for imposing restrictions on freight transport to the isolated Russian territory of Kaliningrad, computer hackers “linked to the Russian state” attacked dozens of Lithuanian government and private organizations, the deputy deputy said. Minister of Defense of the Baltic nation.

The digital attack, which Lithuania warned was likely to continue in the coming days, and even intensified, appeared to mark the beginning of what Russia said last week: painful measures against the NATO nation for restricting the transport of certain goods by rail to Kaliningrad. .

The Russian Baltic Sea exclave is sandwiched between Lithuania and Poland, another NATO country, hundreds of miles from the Russian mainland to the east.

NATO forces in Lithuania do not expect Moscow’s threats to lead to military action, as Russian forces are already under heavy pressure in Ukraine. But the sudden flare-up along a sensitive rift between East and West has nonetheless set nerves on edge at a time of mounting tensions between Russia and the American-led alliance.

Lithuania insists it has not imposed a freight ban and accuses Russia of lying. It says it has restricted just 1 percent of rail freight passing through Lithuanian territory in response to European Union sanctions over Russia’s invasion of Ukraine.

Russia nevertheless reacted furiously, claiming that Europe had imposed an illegal “blockade” on its westernmost territory, previously part of the German region of East Prussia and taken by Moscow at the end of World War II.

Margiris Abukevicius, the Lithuanian deputy minister of national defense in charge of cybersecurity, said a spate of cyberattacks on Monday hit Lithuanian state railways, airports, media companies and ministries, in a coordinated barrage by hackers known to be associated with the Russian state. The attack typically involved so-called distributed denial-of-service attacks, or DDoS, in which hackers flood the servers running a target’s site with Internet traffic until it falters or collapses under the load.

A Russian hacker group known as Killnet claimed responsibility for the attacks on its Telegram channel and demanded that Lithuanian authorities “immediately revoke their decision to ban the transit of Russian cargo between the Kaliningrad region and Russia.” The group said it is “not affiliated with any law enforcement agency” and derided Lithuanian authorities as “dumb ducks” known for “making up trash”.

During a visit to Kaliningrad last week, Nikolai P. Patrushev, the head of the Kremlin’s Security Council and one of President Vladimir V. Putin’s closest advisers, warned that Russia would “certainly respond to such hostile action.” He did not specify what Russia’s response would be, but said it would “have a serious negative impact on the population of Lithuania”.

The European Union has tried to defuse the crisis by proposing to Lithuania for the time being to lift restrictions on the movement of Russian goods to and from Kaliningrad, even those covered by European sanctions. But this has been met with resistance from several countries in the bloc who are unwilling to relax measures to pacify Russia.

The European Commission, the executive branch of the EU, was expected to issue precise guidelines on Monday on restrictions on cargo to Kaliningrad, but postponed its decision due to bickering between member states.