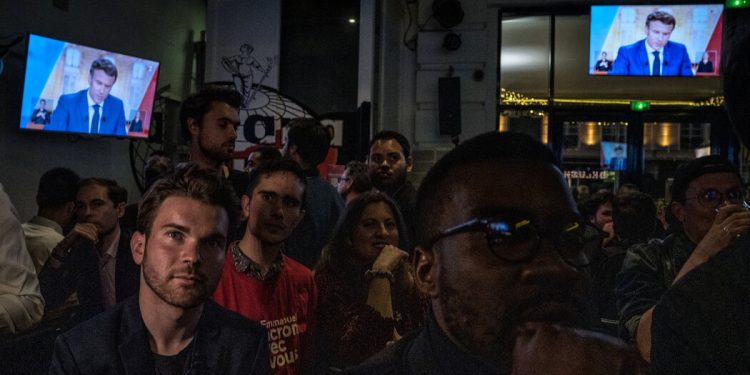 Now was the time, she added, “to reunite French democracy”.

How Mrs. Le Pen would do this through a political program that is sure to antagonize France’s more than six million Muslims, as well as many foreigners living in France, it is unclear. While she insisted she had nothing against Islam as a religion, she said an Islamist ideology “attacked the very foundations of our republic.”

One of the most notable clashes came over the issue of Muslim headscarves. Ms Le Pen, who wants to ban women from wearing them in public, called headscarves “a uniform imposed by Islamists” that undermined France’s values ​​of secularism and gender equality.

“All these women should be released,” she said.

Mr Macron replied that banning headscarves was an unworkable proposal that would fuel ‘civil war’, mix Islam and extremism, and dishonor France’s values ​​of tolerance.

He referred to Latifa Ibn Ziaten, the Muslim mother of a victim of the 2012 terrorist shootings in Toulouse, who became an activist for youth services and interfaith dialogue after the death of her son. The attacks killed three children and a rabbi at a Jewish school, as well as French soldiers, including her son, Imad Ibn Ziaten.

“Do you want to take off her headscarf?” said Mr Macron. “That’s what you’re proposing, very concretely.”

Repeated Islamist terrorist attacks in France, most recently the beheading in 2020 of a schoolteacher who had shown a cartoon of the prophet Mohammed in a free speech lesson, have contributed to the sharp ideological divisions plaguing the country and the rise of the anti – immigrant extreme right.