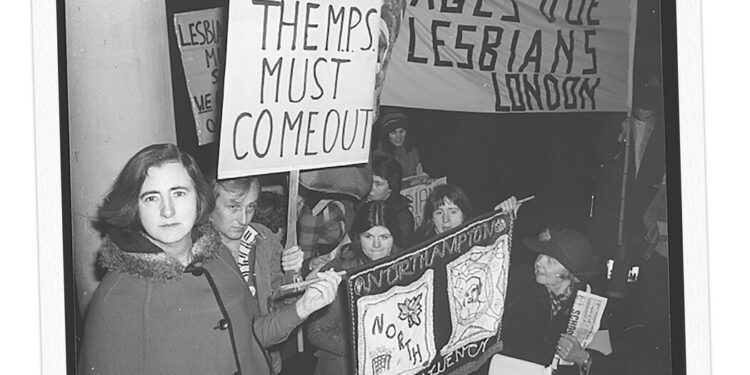 Matthew Parris, a former Conservative lawmaker and columnist, wrote in The Times of London in 2018: “Labour could live with individualists. But not lesbians. When she came out, she was sunk, and deselected, and done.”

Maureen Morfydd Smith was born on August 12, 1928 in Eastbourne, on the south coast of England, and raised by Elizabeth Smith, a single mother. She assumed her political allegiance at the age of 17, when she joined the Labor Party. She later became a member of the party’s leftist Tribune group. She was a graduate of the London School of Economics.

In 1948 she married Keith Colquhoun, a British journalist and novelist, with whom she had three children; he died of prostate cancer in 2010.

Maureen Colquhoun first ran for a seat in parliament in 1970, from Tonbridge, a commuter town south of London, but lost. From 1971 to 1974, she was the only female councilor in Shoreham-by-Sea, on the English Channel. Her Conservative Party opponents on the council banned her from serving on committees and called her a ‘chatterman’.

Colquhoun won a seat in the House of Commons in February 1974, an election that brought Harold Wilson to power as Labor Prime Minister; at the time, less than 30 percent of the 635 house legislators were women.

A year later, Colquhoun left her husband to move in with Todd.

During her parliamentary career, she displayed “an uneasy ability to upset my friends as well as my enemies,” as she wrote in her memoir, “A Woman in the House” (1980).

Colquhoun campaigned for the Sex Discrimination Act of 1975, which banned gender discrimination, and pushed for equal status for men and women when running public institutions.