One of two Americans who recently died in Ukraine was called to volunteer because of his heritage, a close friend says. 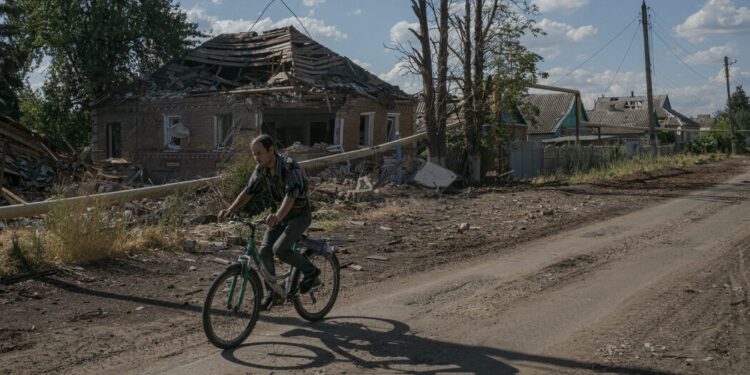 Ruslan Miroshnichenko, the Ukrainian commander, identified the Americans in a Facebook post as Luke Lucyszyn and Bryan Young, and said they were killed on July 18 along with two other foreigners: Emile-Antoine Roy-Sirois from Canada and Edvard Selander Patrignani from Sweden.

The State Department announced the deaths of two Americans on Friday, but gave no further information about their identities or the circumstances of their deaths, citing respect for their families.

Mr. Young’s family did not immediately respond to messages and phone calls on Sunday.

An old friend of Mr. Lucyszyn, Corey Mesimer, 29, of Myrtle Beach, SC, confirmed on Sunday that his friend’s family had been informed that Mr. Lucyszyn had been killed in the battle.

Lucyszyn, 31, felt a responsibility to travel and fight in Ukraine because his grandmother was born there and he felt close to his heritage, Mesimer said.

Mr. Mesimer said that Mr. Lycyszyn, who he described as the “life of the party,” had lived in Myrtle Beach for the past two years and the two had played there on the same paintball team, the Carolina Rage.

But he added that Mr. Lucyszyn had volunteered with no prior military experience, which made some friends concerned. After mr. Lucyszyn had arrived in Ukraine in April, he would have known Mr. Message Mesimer via WhatsApp to check in. mr. Lucyszyn often said they had no supplies and that they were hit by heavy artillery, Mr. Mesimer.

In their latest WhatsApp messages of July 8, Mr. Lucyszyn told Mr. Mesimer where the other foreign soldiers came from.

“Gosh, they come from everywhere, don’t they?” Mr. Mesimer replied and then asked, “How are you mentally?”

“I’m glad you’re all right,” Mr. Mesimer replied. Then he sent what would be his last message to Mr. Lucyszyn: “Stay safe.”