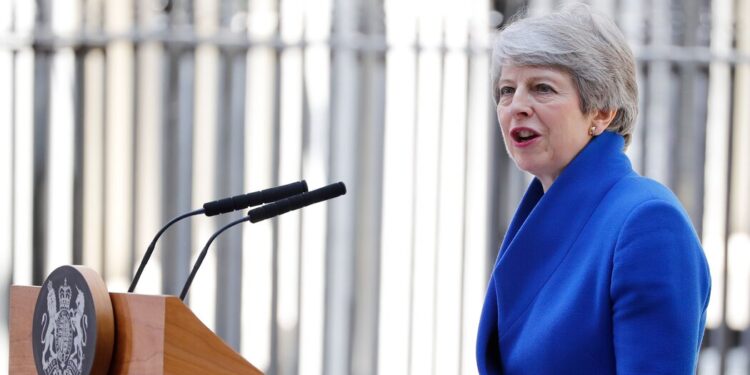 Boris Johnson may have won a no-confidence vote on Monday night, but history suggests his political future remains precarious. Of the three other Conservative British Prime Ministers who have faced similar votes in recent decades, two were ultimately forced to leave. One survived, but lost in a landslide election two years later.

Theresa May, who was Prime Minister from 2016 to 2019, faced a vote of no confidence in December 2018 over opposition to her Brexit deal with the European Union. She won 200 to 117 – a higher share than Mr Johnson – but only after promising her fellow Conservatives she would resign before the next general election.

A few months later, after repeatedly failing to get her Brexit plan through parliament, Ms May said she would resign as Conservative Party leader and prime minister.

More than 20 years earlier, John Major, British Prime Minister from 1990 to 1997, staged a party leadership election in 1995 to try and silence conservative critics, taking 218 votes to 89 for his opponent – ​​also a higher share than Mr. johnson. Mr Major remained Conservative leader and Prime Minister until he lost to Tony Blair’s Labor Party in the 1997 general election.

In 1989, Margaret Thatcher, who had been Prime Minister for ten years and leader of the Conservative Party for fourteen years, was challenged in a party leadership vote, in part because of her increasingly intractable stance on further political and economic integration and leadership style of the European Community. She won a solid majority, but her popularity was weakened — also due to a highly unpopular household tax that she refused to give up — and her leadership was put to another vote the following year.

She narrowly won in a first round of voting against Michael Heseltine – 204 to 152 – but failed to reach the 15 percent margin needed to win outright. She decided not to run for a second round of voting and resigned a few days later.