Preserving Historical Songs and a Jewish Culture in Morocco 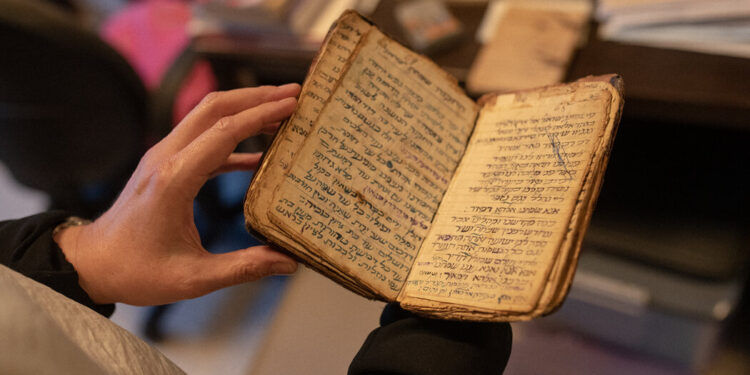 TANGIER, Morocco — They sang to put their babies to sleep, or they made Purim cakes in the kitchen. They sang in courtyards at night when the men were in the synagogue for evening prayers, songs about love, loss, religion and war.

Today, most of those women, members of Morocco’s now dwindling Jewish population, are gone. But they have left behind a rich historical treasure of the Northern Jewish-Moroccan Sephardic culture, passed down from one generation to the next through oral histories, which scholars of Judaism try to preserve before it disappears.

These snippets of history tell powerful tales of days gone by, before the Moroccan Jewish population, which once numbered more than 250,000, dwindled to the few hundred that remain after several waves of emigration.

Confined to Jewish quarters for centuries, the women fascinated by a world far removed from their own, singing ballads that eventually became tonal elements of their culture. They stuck to music to maintain their identity and traditions.

The songs, known as “novels,” are a legacy of the Reconquista, or Reconquest, when Christians in medieval Spain waged a centuries-long struggle against the Muslim occupation. As the Reconquista neared its end in 1492, Jews who refused to convert to Christianity were expelled. Many of them ended up in Morocco and brought their Spanish heritage with them.

The songs reflect this history, with many mocking the Spanish rulers and priests who expelled them. Although Northern Moroccan Jews spoke a hybrid language of Hebrew, Spanish, and Arabic, the songs are in Spanish.

But it’s not just political statements. They are ballads and lullabies with metaphorical lyrics that speak not only about history, but are deeply intertwined with personal memories and cultural traditions.

Oro Anahory-Librowicz, a Moroccan-born expert in Judeo-Spanish music who donated 400 recordings to Israel’s National Library, says the songs were not originally Sephardic but were learned from Spaniards and preserved in the culture even when they were written. disappeared on the mainland. Spain.

“It’s a way of preserving something,” she said during a Zoom interview from Montreal, where she moved in 1973. “Natural transmission is not possible in a community that is scattered all over the world. It has become a sign of identity. Women recognized themselves in this Spanish heritage and it allowed them to maintain a dimension of their Jewish-Spanish identity.”

On a Friday in February, in the hours before sunset and Shabbat, three friends gathered as they often have at the apartment of a community pillar, Sonia Cohen Toledano, which overlooks the Bay of Tangier at the northernmost tip of the island. land, just a few miles across the sea from Spain.

In animated conversation, they interrupted each other frequently, often finishing the sentences of the others. They flipped through a stack of black-and-white photos, yellowed over the years, remembering happy times and talking about the shrinking of their community and their urgent need to make the past part of the present and also of the future.

The three women are among fewer than 30 Moroccan Jews now living in Tangier.

And at many of their gatherings they sing romances.

That day, music rose in the air as they clapped and held hands, smiling as they sang. The sometimes cheerful and sometimes deeply romantic words in Spanish filled the spacious living room, while the women sat on a couch sipping Moroccan mint tea, at a moment that felt like a journey back through the ages.

“We heard them all the time at weddings,” said Julia Bengio, 83. “My mom sang to me, but I never thought of telling her, ‘Come here, let me write the lyrics.'” But she found cassette recordings of her mother singing and has transcribed the lyrics so they don’t get lost.

“We were never explained what it was, but later in life we ​​researched it and I want to keep them,” she added. “Just not to forget.”

The women sometimes read from handwritten notes, or referenced YouTube videos of the music to refresh their memories.

A song mocks a priest who impregnates 120 women. In the song, all the women have girls, except the cook (from a lower social class), who has a boy. Coincidentally, she explicitly asked the priest to get her pregnant, and the story ties into some interpretations of the Talmud that says that when women have sexual pleasure, they father boys.

(“They all give birth to girls, and the maidservant a boy. One hundred and twenty cradles, everywhere except the cook’s child who hung on the terrace.”)

The central message: If their husbands want boys, they have to give pleasure before they have fun.

Dedicated to maintaining connections with the past, Mrs. Cohen Toledano is a treasure trove of all things Spanish Jewish culture in northern Morocco.

“We used to have aunts, cousins, family here,” said Ms. Cohen Toledano, 85, who is the only one of 16 children in her family who stayed in Morocco. “Slowly everyone left. We are so few that we are close. We see each other all the time. It’s hard, but we’re getting used to it.”

Her home is a mini-museum of Hispanic Jewish culture, a mix of embroideries, artwork, photographs, and a collection of old dresses, some over 150 years old — pretty much anything she could get from departing Jews or dig up at flea markets. “Every time someone died, they left me something,” she said.

Vanessa Paloma Elbaz, an American scholar of Judeo-Spanish music at the University of Cambridge, has spent the past 15 years collecting and archiving the voices of aging Jews in Morocco. To date, she has inventoried over 2,000 entries (mainly recordings and some photos and videos); a pilot of the archive is available online. dr. Paloma Elbaz has family roots going back five generations in Morocco.

While living in Puerto Rico as a child, she learned her first romance while singing in a children’s choir. That sparked her interest in Jewish-Moroccan history, and although she no longer lives in Morocco, she still visits regularly and records as much as she can.

“If we think we don’t have any written lyrics from the women, we’re wrong,” she said. “Some archives were in Spain and nobody paid any attention to them.”

“It’s about learning how to read them,” she added. “They sent all kinds of messages. When they were sad about something, they would sing a few of these songs to pass on a message to their husbands.”

One day this winter in Casablanca, she met Moroccan Jews in a kosher sandwich shop, and later others backstage at a concert, and they recorded them all. She also visited the children of Alegría Busbib Bengio, a prominent figure in the city’s Jewish community, who wrote family genealogies and made dresses during the last years of her life. She died a few months ago, at the age of 91, leaving her children with the task of preserving everything she painstakingly collected.

“It would mean betraying her if she doesn’t share her inheritance,” her daughter, Valérie Bengio, told Dr Paloma Elbaz in the apartment where her late mother lived from 1967 until her death. “Leaving things untouched is letting them die.”

Mrs. Cohen Toledano’s daughter, Yaelle Azegury, 51, now lives in Stamford, Conn., but her bond with Morocco remains strong. Music is the bridge that connects her to her childhood in Tangier. In an interview, she said she sang lullabies to her children that she remembered from her mother, but she doesn’t think her three American-born children will carry on the legacy.

“It’s a beautiful legacy,” she said. The songs need to be heard. These ballads are often deeply moving and part of the World Heritage. I feel like I’m the last chain of a history that ends with me.” 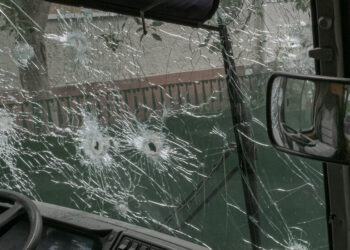 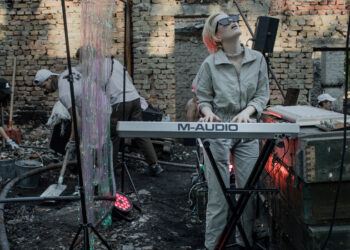