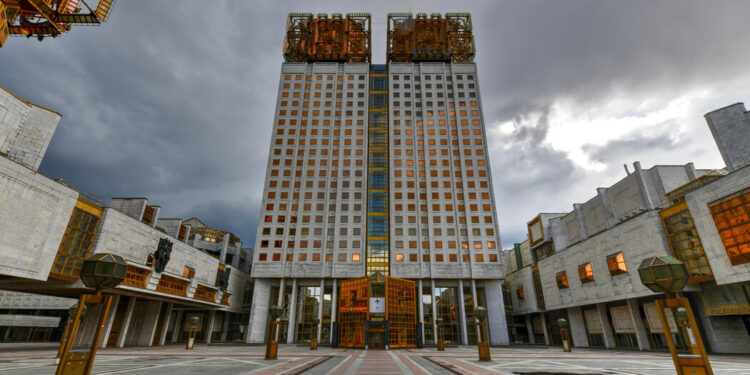 Some voters think the list could make a difference in the election.

“Most of the scientific community is absolutely anti-war,” said Alexander Nozik, a physicist at the Moscow Institute of Physics and Technology who was not involved in the drafting of the list. “Being on such a list can significantly reduce your chances of getting elected.”

Some outside observers say the Russian Academy is not as powerful as it once was.

“It used to be a huge network of research institutes with the best scientists in the country,” said Loren Graham, a historian specializing in Russian science, emeritus at the Massachusetts Institute of Technology and Harvard University. “Those institutions have now been taken away by the Putin government, given to the Ministry of Education, and left the academy as a place of worship with no real weight in science.”

Members of the academy have also been involved in ethical shortcomings in recent years. In 2020, an agency-appointed committee found that Russian academic journals and research publications were riddled with plagiarism, self-plagiarism, and gift authorship, listing scholars as co-authors of manuscripts without contributing to the work. As a result of the report, Russian journals have withdrawn more than 800 research papers alleging ethical violations by the authors.

A separate statement in 2020 by the same academy committee found that several university rectors and other senior officials were guilty of publishing articles in dubious journals, mentioning fake employees, and plagiarism.

And some say such issues diminish the importance of the academy’s upcoming elections.

“Many people in Russian science still believe that the academy is the oldest structure that can do something — not because it’s good, but because others are worse,” said Dr. nozik.

It is not the first time that the Russian Academy of Sciences has become embroiled in disputes over the invasion of Ukraine. On March 7, it released a statement on the war. Some observers saw it as the only official institution in the country to condemn Russian aggression, but critics argued that it was not as explicitly anti-war as it should have been.

But the statement did address the fallout from the war and how the international response to it would affect Russian science, a concern Russian academics share.