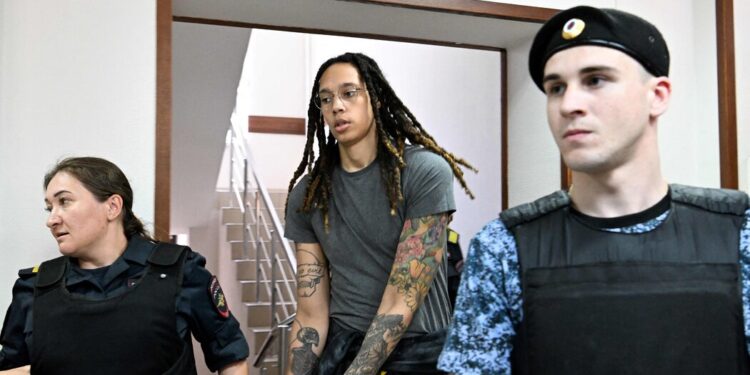 A Russian court said the trial of American basketball star Brittney Griner will begin on Friday and she will remain in custody until it ends, her lawyer, Aleksandr Boikov, said Monday.

Ms. Griner appeared in the Khimki City Court near Moscow for a preliminary hearing. She did not speak after her appearance in court, according to a video from outside the courtroom posted by the official state news agency TASS.

The WNBA star, who had played for a Russian team during the off-season, was detained at a Moscow airport on February 17, tangling the fate of a US citizen in the Russia-West clash over Ukraine.

Russian officials said they found vape cartridges with traces of hash oil in Ms Griner’s luggage as she went through a security checkpoint. The charges against her carry a sentence of up to 10 years in a penal colony.

Mr Boikov said he expected the trial to take up to two months, depending on the court’s workload. He also said Ms Griner was healthy and has no complaints about her treatment at the pre-trial detention center.

“It’s hot in Moscow, so she’s feeling it too, especially as she’s being transported to court,” Mr Boikov said in a telephone interview.

Ms. Griner, a seven-time WNBA All-Star center for the Phoenix Mercury and a key figure on two Olympic championship teams, was detained a week before the invasion of Ukraine, but Russian officials did not announce her arrest until after the war started.

Word of her arrest came as Russia-US relations hit one low after another, and her detention raised fears that she could become a bargaining chip, perhaps being exchanged for high-profile Russians in US custody. . In recent years, US officials have accused Russia of detaining and convicting US citizens on trumped-up charges.

Last week, dozens of organizations representing people of color, women and LGBTQ voters called on President Biden to make a deal for her release.

Kremlin spokesman Dmitri S. Peskov said in an interview with MSNBC this month that Ms. Griner was not held hostage and was held responsible for violating Russian law.