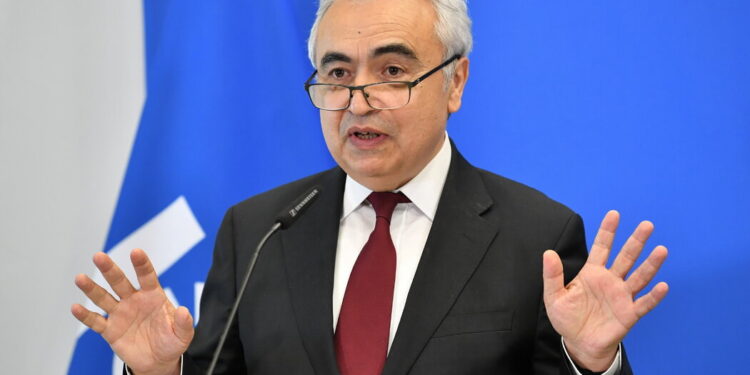 “I’m afraid I cannot rule out the risk this winter that we will face gas rationing,” Mr Birol said during an interview at the World Economic Forum, the annual meeting of global business leaders in Davos. “I advise several European governments to prepare a contingency plan.”

Before the invasion of Ukraine, Russia had provided nearly 40 percent of the European Union’s gas supplies and 55 percent of Germany’s. “Europe is paying for its over-reliance on Russian energy,” said Mr Birol.

The European Union’s plan to impose an embargo on oil from Russia, the world’s third-largest crude oil producer, has been met with strong opposition from Prime Minister Viktor Orban of Hungary. A gas embargo has so far been brushed aside.

German leaders in particular have warned that an immediate shutdown of gas would plunge the economy of their country – the largest in Europe – into recession.

A gas embargo would force some industrial sites to close, Robert Habeck, Germany’s vice chancellor and economy minister, said in an interview on Monday.

“We should always think about whether the steps we take are causing more harm to Putin or to ourselves,” he said. “If there is a global recession or a recession in Germany, who will help Ukraine?”

A mild winter in Europe would reduce global gas demand, as would ongoing Covid-related lockdowns in China, the world’s largest gas consumer.

Mr. Birol urged leaders to step up their efforts to promote energy conservation. Simple steps like turning thermostats down a few degrees would save a significant amount of gas, as would renovating buildings to make them more energy efficient, he added.

Frans Timmermans, a European Commission official who leads green energy initiatives, echoed those sentiments at an energy panel in Davos on Tuesday.

As Russia can no longer be trusted to supply fossil fuels, Mr Timmermans said: “We need to do much better on energy savings.”