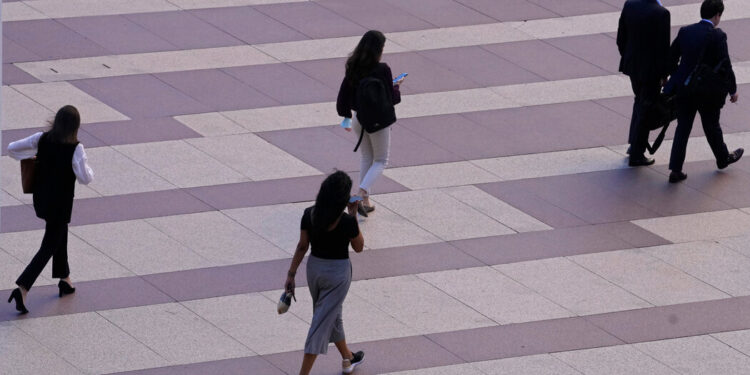 MADRID — The Spanish government on Tuesday approved a bill that would make Spain the first European country to grant women holidays for menstrual pain and expand access to abortion.

Under the new law, women would have the right to leave if a doctor diagnoses them with severe menstrual pain. The costs would be covered by the state. Among other measures to help women during their periods, Spain’s left-wing government has also decided that schools must provide sanitary pads to students who request them.

The regulatory changes to help women during menstruation are part of a wider legal review that the Socialist-led government wants parliament to approve with the aim of consolidating women’s right to abortion. The bill will expand access to abortion for minors, allowing the procedure from the age of 16 without the consent of a parent or guardian, as was required. It would also remove a previous rule that forced a woman to confirm her choice three days after initially requesting an abortion.

Pushing for the law, Spanish equality minister Irene Montero defended it as the necessary response to decades-long demands by feminist associations to improve women’s health rights. “This is a law that shows what Spain is and what the feminist movement is in Spain,” Ms. Montero said in the breakfast show of the Spanish national television channel. “We will be the first country in Europe to speak about health during menstruation as a health standard and we will eliminate this stigma, shame and guilt, as well as this loneliness that women often experience during their period.”

The government’s plan comes amid a protracted ideological battle in Spain over abortion. Right-wing opposition parties, led by the People’s Party and with the support of the Catholic Church, have appealed to the Constitutional Court to seek annulment of Spain’s most recent abortion law, passed in 2010 by a previous socialist government. The 2010 law established a 14-week gestation period for a woman to request an abortion, which can be extended to 22 weeks if there is a serious risk of fetal malformations.

In Spain, abortion was decriminalized in 1985 by the first socialist government to take office after Spain’s return to democracy, but the issue has remained a political hot topic ever since, subject to legislative changes every time a different government took office. A decade ago, a conservative government attempted to pass legislative changes that would have significantly limited the conditions under which abortion was allowed. After massive street protests, the project was halted, forcing the Justice Minister to resign who had urged it.

The bill aims to guarantee access to abortions in public hospitals in a country where many doctors refuse to perform them, forcing women to go to private clinics or travel to other places. In particular, the bill would force regional governments to set up a registry of doctors who refuse to perform an abortion.

The bill puts the spotlight on dysmenorrhea, the severe pain women can suffer during menstruation that can leave them too weak to work. But the medical profession in Spain is also divided on whether the treatment of menstrual problems required a specific law.

“I really don’t understand why we need this new law when there are now so many options available to most women to avoid getting the kind of debilitating pain that would make it impossible for them to work,” says Hortensia García Briz , a gynecologist. in Madrid. “I think the feminist movement in this country has taken things to the extreme and out of context, which isn’t really helpful for women,” she added. “I believe the goal should be precisely to demystify a woman’s periods as something that must be painful, and instead make it clear that gynecology has already designed many products to make it comfortable.”

Only a few countries worldwide — most in Asia — have passed laws that cater to women suffering from debilitating menstrual cramps. In 1947, Japan became the first country to grant women menstrual leave, but its use has declined in recent decades, a decline largely attributed to social pressures on women to show up for work. Lawmakers in Italy debated legislation to grant women menstrual leave, but the Italian parliament ultimately rejected the idea in 2017.

Faride Ojeda, a gynecologist at a private hospital in Madrid, said the only positive aspect of the government’s menstrual law was that it would guarantee women pay during work leave, but “as a feminist and gynecologist, I don’t want a law that treats the period as an illness.” and maybe even convince more men not to hire more women and thus further reduce our chances in the workplace.”

In Madrid, government officials said on Tuesday they hoped the law could come into effect before the end of next year, when Spain holds its next national elections. But the bill has an arduous path ahead of it and may also undergo several changes during the review by both chambers of parliament.

Even before Tuesday’s presentation, the details of the bill sparked tensions within the coalition government, including over its estimated costs. Ms. Montero, the equality minister, failed to push through a proposal to abolish the value-added tax on the sale of sanitary towels and other related products.