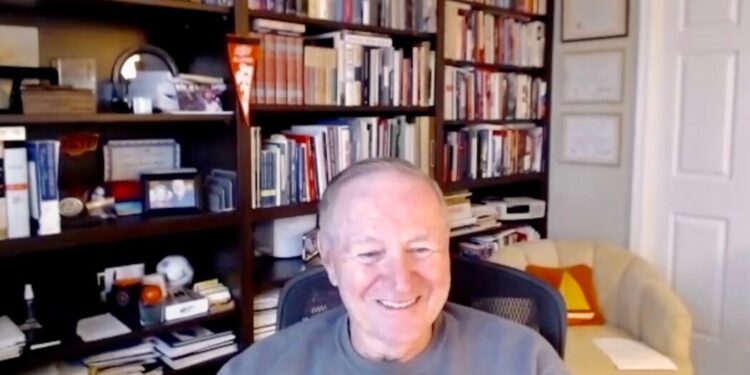 What happened during the war?

The Germans gave us 24 hours to leave our house with what we could carry. We were taken care of by the farming family Tuma. Because I was considered Jewish, I was not allowed to go to school. My mother worked in the fields. My great-grandfather fed the animals in his only clothing, a three-piece suit. Jews had to wear the Star of David. I became best friends with my great-grandfather, but in April 1942 I found him standing with a suitcase. He said, “I’m just going on a short vacation.” We took him to the train station and never saw him again. He was taken to Terezin and later killed in Treblinka [both concentration camps]† I was hidden for the last year and a half of the war, after my mother was taken to a slave labor camp. The Tumas, especially Mrs. Tuma, hid me when the Nazis came looking for me.

Please tell me about Ms. Tuma.

She was Catholic. She was my savior. I have a painting of her in a native dress. I look at it and thank her every day.

What happened after the war?

My mother returned to the farm and two days later my father drove in on a motorcycle in his British army uniform. It was the happiest day of my life. The saddest part is that we were the only survivors. We lost 25 relatives. We moved back to Prague and in January 1948 the Communists took over and called my parents enemies of the state. In February 1948, my father paid people to smuggle us out. A farmer took us to the edge of a forest and said, “Start walking, and if they don’t shoot you first, you’re in the American zone of Germany.” After 15 months in refugee camps, we got visas for the US

I spoke two ‘words’ of English – ‘sink you’. My father issued some edicts: “I want you to be fully Americanized; I want you to forget everything that happened on the other side of the Atlantic; within 12 months I want you to speak English without an accent.” I fell in love with basketball and got a scholarship to Oklahoma State.

How has being a childhood survivor shaped your adult life?

War has shaped my life in many ways. I became more pessimistic. I worry. No matter how much I’ve been ripped off, I always see the worst. I still don’t know much about the Jewish religion, but I probably admire Jews more than any other group for what they’ve done in science, humanities, all these things. When I watch a football game on TV and see a Jewish name, I immediately look for that person. I feel like I have a Jewish soul. That’s probably the biggest thing that’s happened as a result of what I’ve been through in life.