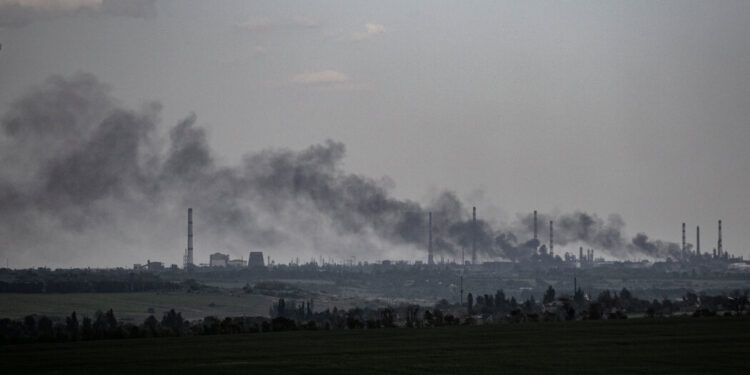 Russia’s complete control of the Ukrainian city of Lysychansk seems a foregone conclusion: Soviet flags are flying in the center and Ukrainian troops have withdrawn.

Moscow boasts of the victory, in statements that make it clear that the battle there was about much more than one city. Its capture gives Russia a major victory in its pursuit of conquering the entire Donbas region of eastern Ukraine.

Donbas, which includes the territories of Luhansk and Donetsk, is an award for President Vladimir V. Putin of Russia. After failing to overthrow the Ukrainian government in Kiev, Mr Putin refocused his military campaign on the Donbas, which makes up about 9 percent of Ukraine’s land but is important for its industry, location and potential as a bargaining chip. for Moscow.

The Donbas borders Russia and runs from outside Mariupol in the south to the northern border at Kharkiv, Ukraine’s second largest city. Home to coal mines and steel, an estimated 6.2 million people lived in the region before Russia’s invasion, according to the most recent census data.

Kremlin-backed separatists have occupied territory in the Donbas since 2014, after Russia annexed Crimea, an action Ukraine and its western allies have called illegal. The proxy forces seized more than a third of the Donbas at the time and declared the formation of two breakaway republics; they have been waging a civil war against the Ukrainian government ever since.

More than 14,000 people died in Donbas fighting between 2014 and last year. But the battle was, in fact, at a stalemate — albeit one with sporadic and deadly shelling along the roughly 250-mile frontline known as the Line of Contact — until Russia invaded Ukraine on February 24.

According to Ukrainian officials, Russian troops and their separatist allies now control about 80 to 90 percent of the Donbas.

To gain complete control of Luhansk, Russia first devoted its entire force to the city of Sievierodonetsk, across the river from Lysychansk. After storming that city and finally taking control on June 24, Russian forces set their sights on neighboring Lysychansk.

The twin cities were the last major population centers in Luhansk province under Ukrainian control. Now with both in hand, Russia effectively controls the entire resource-rich region and can regroup — with Donetsk in its sights.

By controlling Sievierodonetsk and Lysychansk, Russia could position its forces to launch offensives on cities in the southwest, most notably Sloviansk, Kramatorsk and Bakhmut.

Kramatorsk is one of the last major cities in Donetsk still under Ukrainian control. If Kramatorsk falls, Mr Putin’s forces will effectively control the entire Donbas region.

This is crucial from both a delivery and symbolic point of view. Mr Putin could claim a tangible military victory and use the area as leverage in future peace negotiations with Ukraine. Holding the Donbas would also expand Moscow’s “land bridge” connecting Russian territory to Crimea.