The US will equip five artillery battalions for Ukraine and supply new drones that explode on impact. 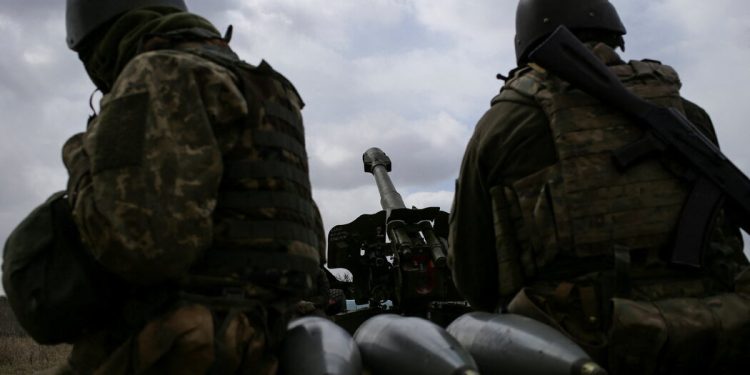 The Pentagon is sending an additional $800 million in defense aid to Ukraine, effectively creating five new Ukrainian artillery battalions, and more than 120 new drones built specifically for use by the Ukrainian armed forces. Officials made the announcement in a statement to reporters Thursday morning.

Shortly afterwards, two senior defense officials described to reporters the efforts of the US European Command in Stuttgart, Germany, to get as many weapons as possible from US stockpiles to the border of Ukraine.

Representatives from 14 countries, including Ukraine, have posted liaison officers to a task force in Stuttgart that is handling requests from the Kiev government and ensuring arms and supplies are delivered from several countries, said one of the officials, who was not authorized to publicly speaking about the attempt to arm Ukraine against Russia.

The existence of the task force, called European Command Control Center Ukraine, has not been previously disclosed.

The new drone that will soon be heading to the region, called the Phoenix Ghost, is a previously unknown design that was “rapidly developed by the Air Force” after discussions with Ukrainian forces about what kind of weapons they need, the second official said.

It’s roughly similar to the Switchblade drone already being sent to Ukraine in that it’s capable of observing but eventually used to crash into a target and explode on impact, officials said. Such “tactical drones” are useful in destroying high-value targets because they fly directly at them.

“It offers the same kind of tactical capabilities as Switchblade,” said the second official. “It’s clearly designed to pack a punch.”

For the expected battle between major Ukrainian and Russian forces over the Donbas region, the United States is providing an important new set of artillery weapons: dozens of 155-millimeter howitzers.

Five new Ukrainian artillery battalions will be equipped, each with 18 guns and nearly 37,000 rounds. Weapons of this type can generally fire three to five times per minute, according to military documents, hitting targets about 40 miles away with 90-pound shells.

The howitzers, which must be dragged into position and moved again after firing, can maintain a steady stream of fire that can be used to force Russian troops to dive into trenches as Ukrainian infantry troops advance.

“We think it could have significant additional firepower for the Ukrainians,” one of the senior defense officials said. “If we hadn’t believed that, we wouldn’t have moved forward with so many howitzers and so many more rounds.”

The decision has been made, the official said, in consultation with the Ukrainian military.

“We believe it will make a significant contribution to their ability to continue to defend themselves in the Donbas,” the official added.

Some of the first batch of 18 howitzers have already arrived in Ukraine, drawn from US Army and Marine Corps inventories in the United States, the Pentagon said.

Additional howitzers will arrive over the weekend, when more than 50 Ukrainian artillery soldiers are expected to complete training on the new US guns at an undisclosed location outside their country, then return to battle the Russians.