Two interviews, no regrets: Talking about Putin’s Russia with a former German chancellor 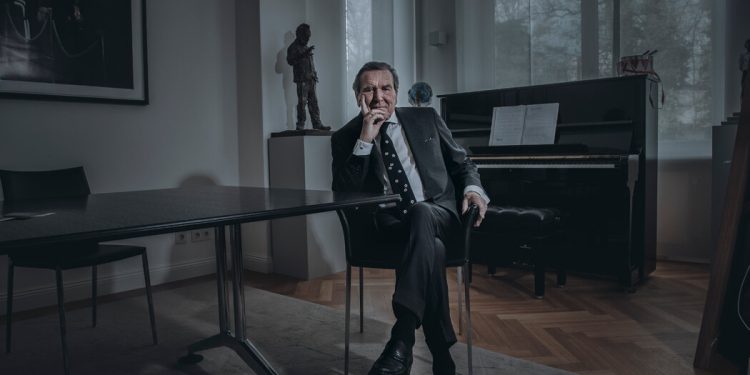 I shifted the conversation back to the war, which he condemned but also qualified.

“We have this situation, which I have to say, is not just one-sided,” he said.

I had heard this a lot in Germany – “it’s not one-sided” – not least among my own parents’ friends. The idea that NATO had cornered Russia after the reunification of Germany and Europe was not so uncommon in Germany before the war.

Even now, as the battle rages on, some of Mr Schröder’s views on the need to give Mr Putin a way to save face are being openly expressed. My ophthalmologist recently told me, “For God’s sake, let’s give him what he needs so we can end this war.”

Germany’s relationship with Russia is complicated, rooted in both centuries of cultural exchange and a traumatic war history, which has contributed to Russia’s policies variously described as romantic blindness or open-eyed reconciliation.

In Mr. Schröder’s office, prominently framed, lies a birthday letter from revered former Chancellor Helmut Schmidt, another Social Democrat, dated April 4, 2014, less than two months after Russia’s annexation of Crimea, in which he of Mr Schröder as Chancellor, not least for “showing understanding for the needs of our powerful neighbor Russia.”

The day before my article came out, I had one last phone call with Mr. Schröder to go over some factual questions. Before we hung up, I told him this wouldn’t be a puff.

“You can be critical as long as you’re honest,” he said.

When the article appeared online on April 23, it was picked up by all major German news channels. The responses were quick.