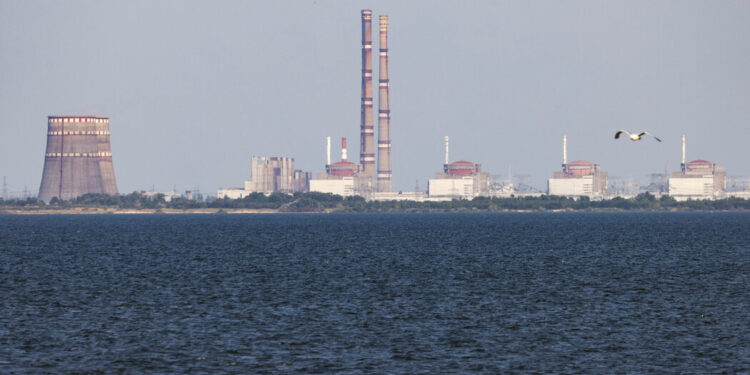 The United Nations Secretary-General has spoken with Russia’s defense minister about the threat of a meltdown after days of shelling at a Ukrainian nuclear power plant, the United Nations said. It also said it could help send nuclear inspectors if both warring sides agree.

Daily shelling of the complex, the Zaporizhzhya Nuclear Power Plant, which is occupied by Russian troops and operated by Ukrainian workers, has made it the first active nuclear power plant known to be at the center of the fighting. It is the largest nuclear power plant in Europe.

On Tuesday, President Emmanuel Macron of France and President Volodymyr Zelensky of Ukraine spoke by phone about security threats at the Zaporizhzhya plant. According to a statement from Mr Macron’s office, the French president stressed his concern about the “ongoing conflicts over the safety and security of Ukrainian nuclear facilities” and called for the withdrawal of Russian troops.

It remains unclear who is responsible for the attacks on the factory in Zaporizhzhya. The Ukrainians have accused the Russians of leading strikes there to cut off energy supplies to other cities and to try to discredit the Ukrainian military in the eyes of the world. The Russians say Ukraine is carrying out the shelling.

The call from the officials came on the same day that the Ukrainian company that oversees the country’s nuclear power plants said Russian forces had been targeting a nearby fire station responsible for putting out fires at the facility for the past week in case of emergency. of emergency. That poses “a serious risk to the safe operation of the plant,” the company, Energoatom, said in a statement.

“There are still risks of hydrogen leakage and sputtering radioactive materials, and the risk of fire is high,” the statement said, adding that three of the radiation monitoring sensors around the plant were also damaged by recent shelling.

It was impossible to independently assess that assessment.

Last week, Mr Guterres urged Ukraine and Russia to allow international inspectors to visit the complex and called for an immediate cessation of all military activity near the factory.

Stéphane Dujarric, a spokesman for the Secretary-General’s office, said in a statement that the organization had the “logistics and security capacity” to support a visit by the International Atomic Energy Agency to the Zaporizhzhya plant, “if both Russia and Ukraine agree.”

Russia has expressed support for such a visit, but the Ukrainian government has not officially endorsed it, possibly out of concern that it could somehow legitimize Russia’s occupation of the nuclear power plant.

The head of the local military administration, Oleksandr Starukh, said on Tuesday that radiation levels at the factory remained “stable”, but noted that the situation could change quickly.

He said an evacuation plan for the region around the nuclear power plant and for the radiation contamination risk zone is being adjusted to take into account the fighting.

“The situation is not only dangerous for the Zaporizhzhya region,” he said in an interview on Ukrainian television, adding that a mandatory evacuation zone in the event of an accident would include more than 400,000 people in the region and in a neighboring region.