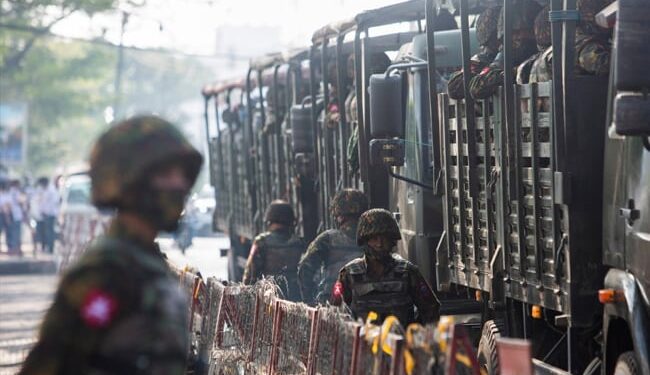 The executions announced Monday led to condemnation from around the world.

Myanmar’s junta lashed out on Tuesday against the international condemnation of the country’s first use of the death penalty in decades, saying the four executed prisoners – two of them prominent democracy fighters – “deserved many death sentences”.

The executions announced Monday sparked condemnation from around the world, heightened fears that more will follow and called for tougher international measures against the already isolated junta.

But military authorities have been defiant, with spokesman Zaw Min Tun insisting the men “were given the right to defend themselves under the legal process”.

“If we compare their sentences with other death penalty cases, they have committed crimes for which they should have received the death penalty many times,” he said at a regular press conference in the capital Naypyidaw.

“They hurt a lot of innocent people. There were a lot of great losses that could not be replaced.”

The detainees, including a former lawmaker from the party of ousted civilian leader Aung San Suu Kyi, had been allowed to meet relatives via videoconference, he said, without providing details.

The junta had previously rejected criticism of the death sentences from the UN and Western countries.

Phyo Zeya Thaw, a former legislator of Suu Kyi’s National League for Democracy (NLD), was arrested in November and charged with orchestrating several attacks on regime forces, including a firearms attack on a commuter train in Yangon that killed five police officers.

He was sentenced to death in January for violations under anti-terrorism laws.

The junta had previously issued an arrest warrant for causing unrest with his social media posts.

It is up to the prison authorities to decide whether their families can collect their bodies, Zaw Min Tun said.

The other two men were sentenced to death for killing a woman they believe was an informant for the junta in Yangon.

The junta has sentenced dozens of anti-coup activists to death as part of its crackdown on dissent after taking power last year, but Myanmar had not carried out any executions in decades.

After a chorus of international condemnation on Monday, including from the UN, the United States and European countries, the junta was again criticized on Tuesday.

The Association of Southeast Asian Nations (ASEAN) bloc, which has led diplomatic efforts to end the crisis, said it was “extremely alarmed and deeply saddened” by the executions.

In a statement by the current Cambodian president, it accused the junta of a “gross lack of will” to participate in ASEAN’s efforts to facilitate dialogue between the military and its opponents.

In Bangkok, hundreds of people staged a vociferous protest in front of the Myanmar embassy.

Some held photos of Ko Jimmy and Phyo Zeya Thaw alongside Aung San Suu Kyi as they chanted, “We want democracy.”

And Malaysian Foreign Minister Saifuddin Abdullah denounced the executions, calling it a “crime against humanity”.

He called for a revision of the so-called five-point consensus agreed last year by Southeast Asian leaders to resolve Myanmar’s political crisis after a coup.

A spokesman for Thailand’s foreign ministry, another ASEAN member, said it “regrets the loss of four lives, which exacerbates Myanmar’s dire problems”.