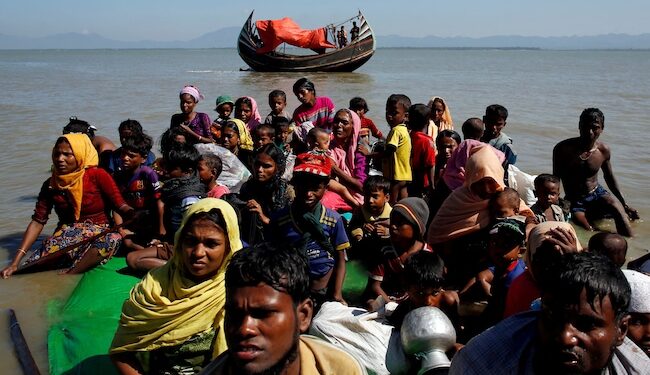 Facebook should pay reparations to the hundreds of thousands of Rohingya forced from their homes in Myanmar in a campaign exacerbated by rampant online hate speech, Amnesty International said in a report Thursday.

The Rohingya, a predominantly Muslim minority, were targeted by Myanmar’s military rulers in 2017 and expelled to neighboring Bangladesh, where they have lived in sprawling refugee camps ever since.

Victim and rights advocates’ associations say the violence has been ramped up by Facebook’s algorithms, which say they play extremist content that encourages harmful disinformation and hate speech.

“Many Rohingya tried to report anti-Rohingya content through Facebook’s ‘report’ feature,” but to no avail, “causing these hateful stories to spread and reach unprecedented audiences in Myanmar,” Amnesty said in its report.

It noted the disclosures of the whistleblower “Facebook Papers” released in October 2021, indicating that business leaders knew the site was fueling the spread of toxic content against ethnic minorities and other groups.

Three lawsuits have been filed against Facebook by Rohingya representatives, in both the US and UK, and the OECD Group of Developed Economies, under the Responsible Business Conduct Guidelines.

In the US complaint, filed last December in California, the home state of Facebook and parent company Meta, refugees are demanding $150 billion in damages.

“Meta’s refusal to reimburse Rohingya victims thus far — even where the community’s humble requests represent crumbs of the company’s huge profits — only add to the perception that this is a company completely disconnected from reality.” of the impact on human rights,” said Amnesty. said.

The NGO urged Facebook to undertake “proactive human rights due diligence” across all its platforms, but also called on national authorities to step up their oversight.

“It is imperative that states fulfill their obligation to protect human rights by enacting and enforcing effective legislation to curb surveillance-based business models in the technology sector,” it said.

Facebook has vowed to revamp its corporate values ​​and operations in response to pressures to tackle false information, particularly related to politics and elections.

The company has forged partnerships with several media companies, including AFP, aimed at verifying online messages and removing untrue messages.