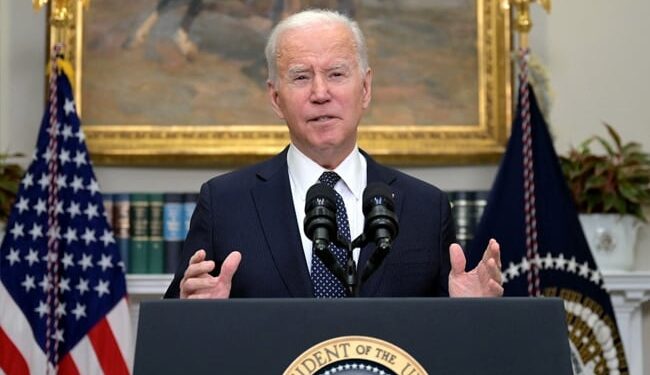 The US has imposed several tranches of sanctions on Moscow. (File)

The United States will impose further sanctions on Russia as it looks at Moscow’s financial sector and ability to produce energy, the US State Department’s head of sanctions coordination said Wednesday.

In prepared testimony before the Senate Foreign Relations Committee, James O’Brien said Washington is working with allies and partners to swiftly impose severe economic costs on Moscow over “sham” referendums being held by Russia in occupied territories of Ukraine.

O’Brien said he expects the Biden administration’s pace of announcing sanctions against Russia every six weeks on average to continue as Washington continues to focus on bottlenecks in the Russian economy and its military supply chains.

“There will be more packages. We are working on more sanctions,” O’Brien told the commission.

“Everything is on the table,” he said, adding that Washington would look at the financial sector and advanced technology, especially for energy exploitation, and human rights abusers.

Previous sanctions have included a halt to Moscow’s imports of advanced technologies such as semiconductors, sensors and navigation, which are expected to damage Russia’s long-term ability to produce fossil fuels such as oil.

Moscow on Wednesday was about to annex part of Ukraine, releasing what it called vote figures showing support in four partially occupied provinces to join Russia, following what Kiev and the West denounced as illegal mock referendums held at gunpoint.

Russian-backed authorities claim to have held the referenda for five days in a territory that makes up about 15% of Ukraine.

The United States has imposed several tranches of sanctions on Moscow following Russia’s invasion of Ukraine in February, which reduced cities to rubble and killed or injured thousands.

But the senators urged O’Brien and Elizabeth Rosenberg, Assistant Secretary of the Treasury for Terrorism Financing and Financial Crimes, to impose US sanctions on Russia’s energy sector.

Washington and its G7 partners have said they will introduce a price cap for Russian oil, but have refrained from targeting major Russian energy companies directly due to concerns about energy prices and supply.

“It’s in energy where we need to turn our attention to deny Russia those revenues.”

O’Brien warned that it was time for India, which has bought large quantities of Russian oil, more than before the February 24 invasion, to reconsider where it positions itself geopolitically.

While India’s purchases have been discounted, the high volumes have helped Moscow’s economy. The United States and other G7 countries hope India joins a plan to put a price cap on Russian oil by December to further reduce Moscow’s revenues from oil exports, which help fund its war machine.

O’Brien also said Washington will continue to work with China to ensure it understands the US sanctions and the effect they have on China’s engagement with Russia.

Since Western countries have shunned Russia, Moscow has emphasized cooperation with China. The two countries have increased their trade and Russian companies have started issuing yuan-denominated debt.