Finland, Sweden Joining NATO would put Russia in a difficult position: US general 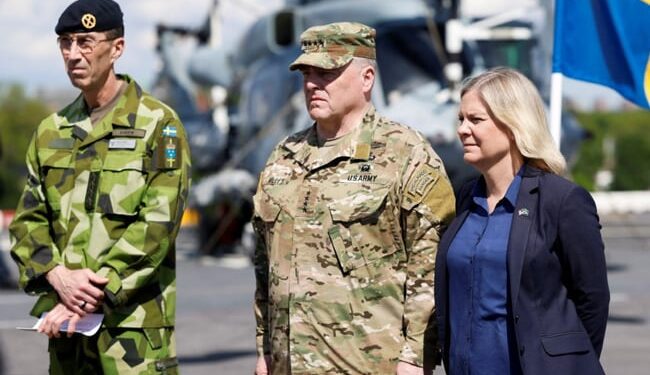 US General Mark Milley is in Sweden for a military exercise.

Finland and Sweden’s accession to NATO would put Russia in a difficult military position in the Baltic Sea, US top general Mark Milley said on Saturday during a visit to Stockholm ahead of a military exercise.

The two Nordic neighbours, who both have long borders on the Baltic Sea, applied last month to join the military alliance over security concerns after Russia invaded Ukraine in February, although they face objections from Turkey.

Their accession would mean that the Baltic Sea coastline, in short stretches around the Russian cities of Kaliningrad and Saint Petersburg, would be surrounded by NATO members.

“So from a Russian perspective that will be very problematic for them militarily, and it would be very beneficial to NATO,” said Milley, chairman of the Joint Chiefs of Staff.

“The Baltic Sea (Sea is) very strategically important, it’s one of the great seaways of the world,” Milley added.

He spoke at a joint press conference with his Swedish counterpart, the Swedish Prime Minister and the Swedish Defense Minister, ahead of an annual NATO exercise in the Baltic Sea in which Sweden and Finland participate.

With Sweden and Finland’s hopes of joining NATO, the war in Ukraine has led to the kind of alliance expansion on Russia’s borders that sought to prevent President Vladimir Putin’s invasion.

Putin last month said there is no threat to Russia if Sweden and Finland join NATO, though he warned Moscow would respond if the US-led alliance strengthened military infrastructure in the new Nordic members.

Swedish Prime Minister Magdalena Andersson described the US military visit as a concrete demonstration of the guarantees President Joe Biden gave her and Finnish President Sauli Niinisto when they went to Washington in May.

“This is a strong signal to the world. And it also shows that the security assurances that President Biden was very candid about…at the White House are actually being followed by concrete action,” she said. 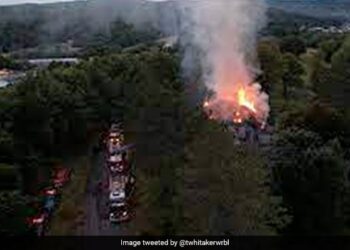