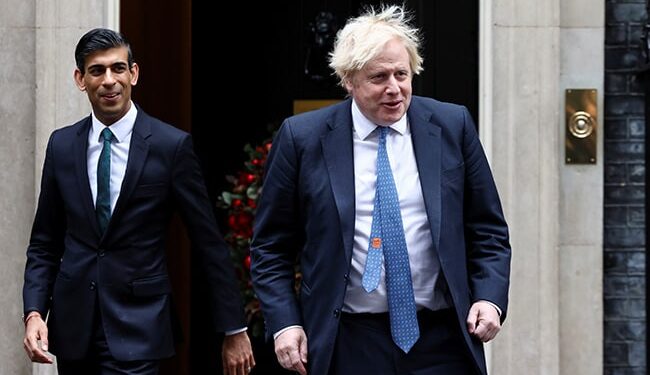 Mr Sunak, who is now most likely to succeed Liz Truss as the first British Prime Minister of Indian descent, said Johnson has led the UK through some of its toughest challenges, including Brexit, the COVID vaccine rollout and the war in Ukraine. .

“Boris Johnson took care of Brexit and the major rollout of the vaccine. He led our country through some of the toughest challenges we have ever faced, then took on Putin and his barbaric war in Ukraine. We will always remember him there thankful for that,” Sunak tweeted.

“While he has decided not to run for Prime Minister again, I really hope he continues to contribute to public life at home and abroad,” he added.

The United Kingdom will have its first Prime Minister of Indian descent, Rishi Sunak, after Boris Johnson dropped out of the race, according to British media reports.

Johnson excluded himself from the Conservative Party leadership race despite claiming to have the support needed.

He said he had come to the conclusion “this just wouldn’t be the right thing to do” because “you can’t govern effectively unless you have a united party in parliament,” Independent.ie reported.

He added that this was due to the failure to reach a deal with Rishi Sunak and Penny Mordaunt. “I’m afraid it’s best that I don’t allow my nomination to go ahead and express my support to anyone who succeeds,” he said.

Johnson added: “I believe I have a lot to offer, but I’m afraid now is just not the right time.” “I believe I am well placed to take a Conservative win in 2024 – and tonight I can confirm that I have passed the very high hurdle of 102 nominations, including one proposer and one underling, and can submit my nomination tomorrow. “

“There is a very good chance that I would be successful in the election with members of the Conservative Party – and that I could indeed be back in Downing Street by Friday.”

“But over the past few days, I have sadly come to the conclusion that this just wouldn’t be the right choice. You can’t rule effectively unless you have a united party in parliament,” he continued, the Independent reported. .

Johnson’s campaign team previously told supporters they’ve secured the 100 nominations it takes from MPs to get the former prime minister on the ballot.