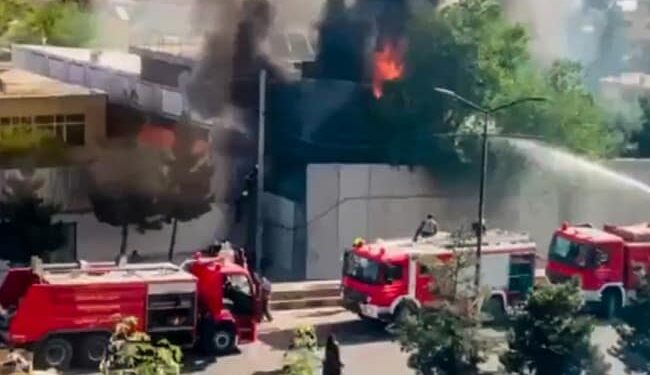 A relative of the Afghan Sikh, one of two killed in a terror attack on a gurdwara in Kabul, said his brother-in-law was taking a bath when he was fatally shot multiple times.

ISIS has claimed responsibility for the attack, calling it “an act of support” for the prophet.

In Delhi, relatives of Sawinder Singh mourned the loss of a loved one as they struggled to leave behind the horrific images of an attack.

While Singh’s wife was inconsolable, her brother Pupender Singh, 36, shared the sequence of events he put together.

“My brother-in-law had a shop and offered ‘sewa’ in the Gurdwara Karte Parwan, and also lived in a room on the property. I received a call yesterday morning from my younger brother who lives in Kabul that the gurudwara had been attacked. He was together with his friend on their way to Jalalabad, when they told the taxi driver to take them back to Kabul,” he said.

Kabul-born Pupender Singh said they were from an Afghan Sikh family and Sawinder Singh and several other relatives were all born and raised only in Afghanistan.

“When my brother reached Kabul, by then the Taliban troops had already arrived and were moving through the area. Multiple blasts had destroyed the gurdwara. My brother then saw the body of our brother-in-law and called me to inform that”wo shaheed ho gaye hain‘ (brother-in-law has been tortured),’ Pupender Singh told PTI.

“We have the photos and videos of his bullet riddled body. There are bullet marks on his chest, in two places and also on one foot. He was shot several times and what information I received from my brother in Kabul, he was shot dead while he was taking a bath in the bathroom. The door was found broken,” he said with a heaviness in his voice.

The Islamic State – Khorasan Province (ISKP), a subsidiary of the ISIS terrorist group, has said that one of its fighters “entered a temple for Hindu and Sikh polytheists” in Kabul after killing the guard, and opened fire on the worshipers inside with his machine gun and hand grenades.

It was the latest targeted attack on a place of worship of the Sikh community in Afghanistan. The three attackers were killed by Taliban forces.

In 2018, a suicide bomber attacked a rally in the eastern city of Jalalabad, while another gurdwara was attacked in 2020.

“My ‘mama’ (maternal uncle) was killed in the 2018 attack,” recalls Pupender Singh, who moved to India in 2010 and now lives in a refugee camp in Janakpuri.

He said the family wanted Sawinder Singh, who was about 60 years old, to return to India, especially after the situation there has become more difficult since the Taliban took over in August 2021.

“Because he didn’t have a visa, he couldn’t book his ticket. Indian officials and Taliban officials had recently held talks and he hoped visas would be issued by the end of the month. But fate had something else in store,” complained Pupender Singh.

‘My brother-in-law did it’sew‘ and was a very religious man. †Ab jo Wahe Guru ji ki marzi hai(Whatever the God wills). Everyone at home has drowned in grief,” he said.

Meanwhile, India has issued e-visas to more than 100 Sikhs and Hindus living in Afghanistan after the deadly terror attack on a gurudwara in Kabul, government sources said Sunday.

The electronic visas have been given “priority” to these people by the Interior Ministry, they said.

The terror attack on the Gurdwar came days after the ISKP issued a video warning of an attack on Hindus to avenge the comments of two former BJP officials against the prophet Mohammed.

In the past, the ISKP had also claimed responsibility for attacks on Hindu, Sikh and Shia Muslim places of worship in Afghanistan.