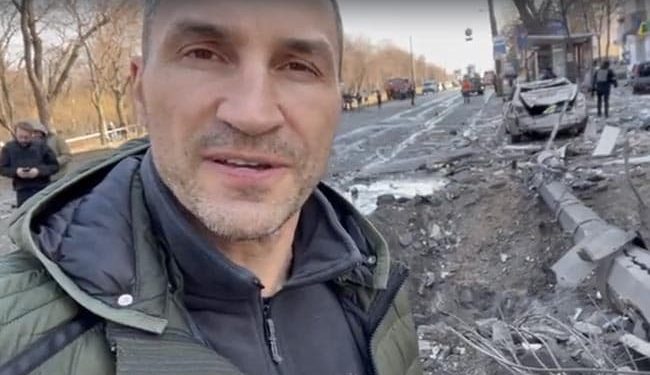 Klitschko said 430 “warming centers” were helping residents deal with the fallout from Russian attacks on power plants and more than 100 were planned in case of extreme conditions. President Volodymyr Zelensky noted last week that there were many complaints about measures taken in the capital.

“I don’t want to get involved in political fights, especially in the current situation,” Klitschko said in a video posted to Telegram.

‘That’s pointless. I have things to do in town.’

Klitschko, who was embroiled in several disputes with Zelenskiy before the invasion, said the president’s allies engaged in “manipulation” over the city’s efforts, including “incomprehensible photos” posted online.

“To say the least, this is not fun. Not for Ukrainians or for our foreign partners,” Klitschko said. “Today everyone has to unite and work together like never before. And here we have a kind of political games.”

But one of the president’s closest allies dealt another blow, saying Klitschko’s statements “differ significantly” from what residents reported. He gave the mayor a week to resolve issues and submit to aid center inspections.

“I have a proposal. The city government has a week to correct the mistakes and we are conducting inspections together with the mayor,” said David Arakhamia, head of the president’s Servant of the People group in parliament, on Telegram.

Zelenskiy has spent the past week promoting the efforts of thousands of “invincibility centers” set up across Ukraine to provide heating, water, internet and cell phone connections.

In his late-night video address on Friday, Zelenskiy said the mayor of Kiev had not done enough to help besieged residents.

“To say the least, more work is needed,” Zelenskiy said.

Zelenskiy was elected in a landslide in 2019, five years after Klitschko first took office. Before the war, the two leaders had clashed over how the capital and its services were run.