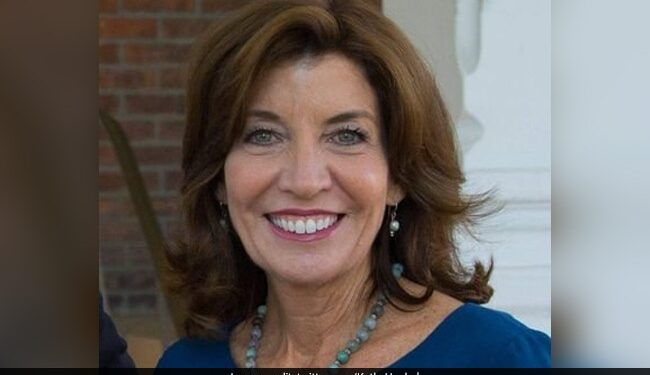 Indian leaders such as Mahatma Gandhi and Jawaharlal Nehru inspired others, including Dr. Martin Luther King, on democracy and nonviolence, New York State Governor Kathy Hochul said on Tuesday, underlining that the values ​​of inclusion, pluralism, equality, freedom of expression and religion bind India and the US together.

Speaking to members of the Indian-American community at the Queens Museum at an event to celebrate Indian Independence Day, Ms Hochul said India and the US stand steadfast on the same shared understanding of what it is like to reject colonial rule.

“This is 75 years since India liberated itself from the colonial yoke and people were able to start on the path to true democracy,” Ms Hochul said.

“In the United States, we stand firm with that same shared understanding of what it’s like to reject colonial rule, embrace democracy, and promote our shared democratic values ​​of inclusion, pluralism, equality, freedom of expression and, of course, freedom of expression. religion. So these are the values ​​that bind us together – India, the United States of America. It’s shared and we learn from each other,” she said.

Ms. Hochul added that we also learn from celebrating the many languages ​​and the religions. Because of the 1.2 billion people, but it’s also a statement of a community that is emerging, a world that is emerging.

“And leaders who inspired others, like Gandhi and Nehru. Those are names that we learn about in our schools, about what struggle means and about the peaceful embrace of democracy, about nonviolence, and those are words that are still being talked about.” Dr. King often quoted these great Indian leaders as inspiring him to learn what nonviolence meant,” she said.

The governor added that “this is what we value here today. We celebrate this, our people, our values, our democracies.” While Indian Republic Day and festivals such as Diwali are celebrated annually in the state with great enthusiasm, Ms Hochul said she is “very proud” to become the first New York state governor to officially celebrate Indian Independence Day.

Ms Hochul, who began her remarks with ‘Namaste’ and ended with ‘Jai Hind’, handed over a proclamation to Consul General Randhir Jaiswal declaring that 15 August 2022 will be officially declared India Independence Day.

Ms Hochul also praised the Indian-American and community’s contribution to the state and fabric of New York, adding that the state is “proud” that nearly 400,000 Indian Americans call New York home.

“We are so lucky here in New York that there are so many Indian Americans represented in our levels of government. There are many firsts and for the community that has long been underrepresented in our societies, those barriers have been broken, and so they are making incredible contributions to our civilian lives.” “, she said.

She noted the contributions of the Indian doctors in the fight against the COVID-19 pandemic and said: “so many Indian-American health workers, from doctors to those primary care nurses, showed up, they showed courage, they were there when we and they have literally saved lives,” she said to the applause of the audience.

Mr Jaiswal said India’s success as a democratic nation is an inspiration to all freedom-loving people around the world and added that “we are all equally aware of the work ahead and we look forward to the future with an even greater sense of confidence and optimism to fulfill the aspirations of our people and contribute to global peace and harmony.”

Mr Jaiswal noted that ‘India at 75’ is a celebration of vibrant democracy and equally a celebration of the friendship between India and the US. Bilateral ties are always nurtured and embellished by the shared democratic credentials.

He said pages of history are full of how Indian freedom fighters and builders of modern India drew inspiration from the American people, American thought and American institutions.

He noted that Mahatma Gandhi was influenced by the great American philosopher Henry David Thoreau, the architect of the Indian Constitution Dr. BR Ambedkar was an alumnus of Columbia University, Swami Vivekananda founded the Vedanta Society in New York to bring India’s universal thinking to America, Lala Lajpat Rai formed the India Home Rule league in New York, the social reformer Pandita Ramabai traverses together for months the east coast and Lala Hardayal founded the Ghadar party in San Francisco.

“These are just some of the many impactful connections our freedom movement shares with the United States,” he said, adding that, on the other hand, American leaders from Howard Thurman to Martin Luther King took inspiration from Mahatma Gandhi. “People-to-people ties have indeed been the foundation of our special bond and remain so as this year marks 75 years of diplomatic relations between India and the US,” said Jaiswal.