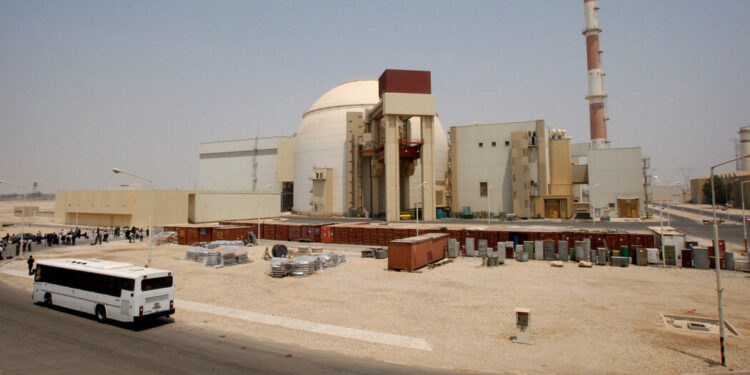 Iran this week began dismantling the UN’s monitoring system for its nuclear program, partially blinding nuclear inspectors in retaliation for Western criticism and at a time when, analysts say, Iran is once again on the brink of having enough fuel for a bomb.

The escalation in tensions was worrisome, experts said, especially after a warning on Wednesday by the UN nuclear agency that Iran was just weeks away from producing enough enriched uranium to make a nuclear weapon. Some analysts have said Iran has already reached that milestone, although it would take a year or more to create a weapon.

Iran’s deactivation and removal of surveillance cameras was not the “final knell” in reaching a deal, said Trita Parsi, an analyst and former chairman of Iran’s National American Council.

“But we are extremely close,” he said. “Negotiations have gone into a coma for the past few months, with no real progress or any movement.”

On Wednesday, Iranian state media announced that the government had shut down two cameras monitoring “an online enrichment monitor” at an unidentified site, hours before the United States, Britain, Germany and France issued a resolution criticizing Iran at the International United Nations Atomic Energy Agency. † Iran, the nations said, had not provided an explanation for nuclear material detected at three undeclared sites. Despite opposition from Russia and China, the resolution was passed on Wednesday.

On Thursday, Iran told the IAEA it would begin removing 27 surveillance cameras and other surveillance equipment in various locations.

“We are in a very tense situation,” Rafael Mariano Grossi, the director general of the IAEA, told reporters in Vienna on Thursday. He said the sites include those in Tehran and the cities of Natanz and Isfahan, and that if an agreement is not reached within a month, the latest update could be a “fatal blow” to the negotiations.

While some 40 surveillance cameras remain active in Iran under other safeguard agreements, he said, the agency will lose important details about Iran’s nuclear activities on the ground in weeks, he said.

The dismantling of cameras and sensors at the Natanz site, a major enrichment center, would make it impossible for the IAEA to know how much uranium Iran is enriching, and how fast. It would also mean losing the chain of custody information about the material produced, which is a guarantee that it will not be diverted to a bomb project.

Iran had already withheld access to data from some surveillance cameras at nuclear sites. It was unclear what would happen to the data from the sites that were shut down now, Mr Grossi said. UN watchdog inspectors would accompany Iran’s teams as they remove monitoring equipment.

Losing the daily data “is a blow,” said David Albright, an experienced expert on Iran’s nuclear program. He added that Iran was already close to achieving outbreak capability — the ability to make a rapid leap toward manufacturing a nuclear weapon before it was detected. “They try to rock the boat, but don’t capsize it.”

He said the United States and its allies would want “a vigorous campaign of pressure to make sure they don’t build nuclear weapons.”

The IAEA’s ability to monitor Iran’s nuclear activities is a parallel but essential aspect of the negotiations in Vienna to restore the 2015 agreement, which was painstakingly worked out for years and restricted Iran’s nuclear activities in return for easing of the economic sanctions. The surveillance cameras were critical from a Western perspective because they could measure radiation and determine the degree of uranium enrichment, Parsi said.

“These are the eyes and ears,” he said, adding that the instruments were able to send information to the IAEA in real time. “We’ve lost a tremendous amount of insight into what’s happening.”

They have stalled, experts say, over the Trump administration’s designation of the Islamic Revolutionary Guard Corps, a branch of Iran’s military, as a foreign terrorist organization — a label Iran wants to revoke.

If that appointment is lifted, the Biden administration must soon spend political capital, Parsi said. He added that failure to do so risks costly long-term consequences for the United States related to Iran’s acquisition of a nuclear weapon.

While President Biden has criticized his predecessor’s decisions on Iran and pledged to rejoin the nuclear deal soon, his administration has become pessimistic about those prospects under Iran’s current president, who took office last year.

“The bottom line is that the Biden administration has upheld all of the maximum-pressure sanctions that Trump has imposed,” Parsi said. “How long will you continue to blame Trump for this ongoing failure?”

The resolution criticizing Iran fell short on Thursday over a reference to the United Nations Security Council. If it had reached the council, Parsi said, it could have prompted Tehran to further ramp up its uranium enrichment.

Iran has long maintained that its nuclear program is for peaceful purposes only. A 2007 US intelligence assessment concluded that the country once had a nuclear weapons program, but ended it in 2003.

When negotiations stalled last year, and after an Israeli attack on the Natanz plant, Tehran said it had begun enriching uranium to 60 percent at the site. Iran is also enriching uranium at Fordow, a nuclear facility embedded in a mountain on a base protected by the Islamic Revolutionary Guard Corps.