Iran targets its Bahá’í community with arrests and house demolitions 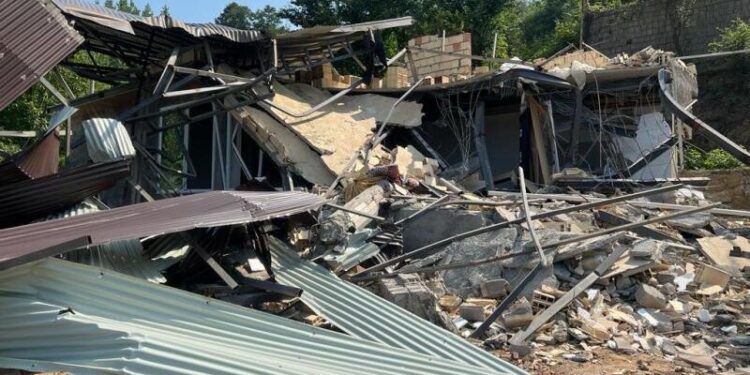 Iran has embarked on a sweeping crackdown on its Baha’i community, a long-persecuted religious minority, by arresting dozens of people and destroying property belonging to members of the group, according to reports this week from government, residents and rights groups.

Iran’s Intelligence Ministry said in a statement Monday that an unspecified number of people from the Baha’i community had been arrested, accusing them of being spies with ties to Israel and of promoting the Baha’i Faith through “various sectors of education across the world.” to infiltrate the world. the country, including kindergartens.”

Bani Dugal, the United Nations representative of the Baha’i International Community, who represents the group globally, said Iran arrested 52 Baha’is in July, raided dozens of homes, closed businesses and demolished properties. She said the reasons behind the timing of the actions were still unclear.

“We don’t know why,” said Mrs. Dugal. “They are carrying out a crackdown and we are concerned that this is a new chapter in the persecution of Baha’is as the nature of the current attacks has been very systematic and brutal and violent.”

The community has long faced persecution and discrimination in Iran because the government does not recognize the faith. The Bahá’í belief that there was a prophet after Muhammad is an abomination to Islam, and the fact that the Bahá’í people’s headquarters are in Haifa, Israel, even though its roots lie in present-day Iran, adds to the mistrust Tehran has for the group.

According to interviews with a resident, residents’ relatives and human rights groups, about 200 security and intelligence officers descended on Tuesday in the small village of Roshankouh, northern Iran, where Baha’is have lived for more than a century. They closed off an access road, fired shots into the air and sprayed pepper gas at villagers, the accounts said.

The attacks on the Baha’is follow a recent wave of wider repression in Iran, including the arrests of prominent film directors, reformist faction politicians, activists and women who publicly challenge the mandatory hijab rule.

According to witnesses, a family’s home was reduced to rubble and their furniture, clothing, toys and carpets were thrown at the side of the road. A farmer’s land was seized and declared public property, the witnesses said, adding that an elderly man who had protested had been beaten up and several residents who had raised their voices had been pepper sprayed, handcuffed and detained for a short time. .

Cell phones were seized to prevent documentation of the raid, a 58-year-old Roshankouh resident said.

“They want to isolate our community, stifle us economically and disrupt our peace,” the resident said in a telephone interview, speaking on condition of anonymity for fear of retaliation. He added that he had won a lawsuit to save his home but that some of his farmland had been seized on Tuesday.

The village has a total population of about 52 people, according to state television. Residents said there were about 70 homes belonging to Bahá’í families, most of which were seasonal residents. There were fewer than a handful of Muslim family homes, residents added.

Local officials from Mazandaran, the province of which Roshankouh is a part, walked this week flanked by guards through the village and gave interviews to state television on Tuesday defending the actions as protecting the environment. They said the demolished houses encroached on forests and the land had been illegally farmed.

“The orders issued have nothing to do with a sect or a creed,” said Mohamad Sadegh Akbari, a cleric who is the chief prosecutor of Mazandaran, according to official news outlets.

Baha’i community members said the government’s actions amounted to collective punishment over a legal battle over property rights that has been simmering since 2016, when Roshankouh was mapped and officials ruled parts of it were in forests owned and protected. by the state.

The State Department’s Office for International Religious Freedom posted on social media that “the US urges Iran to end the continued oppression of the Bahá’í community and to fulfill its international obligations to respect the right of all Iranians to freedom of religion or belief. “

Bahá’ís face widespread discrimination in Iran and are effectively excluded from government employment and higher education. Sectors of the service industry related to food, hospitality and medicine are also banned from members of the group, according to Ms. Dugal and interviews with members of the faith inside and outside Iran.

“We have nearly 150 years of history in Roshankouh from the earliest days of the Baha’i Faith,” said Badi Daemi, a 64-year-old Iranian Baha’i who has relatives in the village. mr. Daemi spoke by phone from Andorra, the European country where he now lives.

“There are development violations all over Iran,” he added, “so why are they bulldozing this little village in the mountains?”