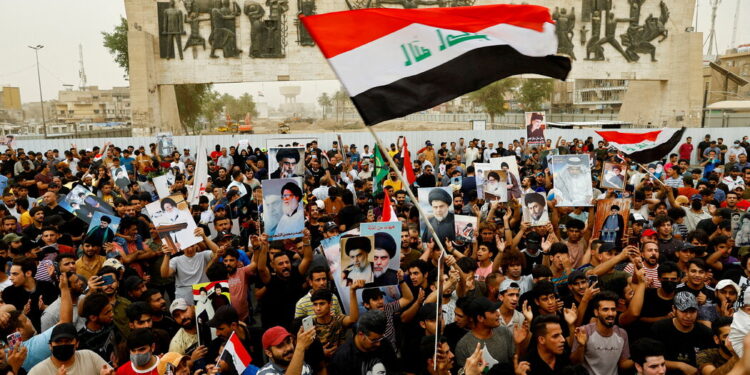 The Iraqi parliament this week passed sweeping legislation that would broaden the crime of normalizing ties with Israel, in a rare show of solidarity amid an eight-month political deadlock.

The legislation, passed on Thursday, goes beyond a similar law dating back to 1969 by providing much broader definitions for acts that would be considered a violation. Both the old and new law make this a crime potentially punishable by death.

The law makes Iraq an outlier in the Arab world, where a growing number of countries have joined a campaign led by the United Arab Emirates to establish diplomatic relations with Israel. Iraq cites support for Muslims and opposition to the Israeli occupation of Palestinian territories as the reason for its refusal to forge ties with Israel.

Under the Iraqi constitution, the law normally has to be signed by the president. But if he doesn’t, it would come into effect in 15 days anyway.

The new law was proposed by influential Shia cleric Muqtada al-Sadr, whose faction won the most seats from a single bloc in October elections and who has spent the past eight months negotiating forming a government. It was widely seen as an attempt to bolster his movement’s domestic political support during the protracted negotiations.

“Sadr is trying to pull the carpet away from other people’s feet,” said Hiwa Osman, a political analyst in Erbil, the capital of Iraq’s Kurdistan region. He referred to competition between Mr Sadr and Iran-backed political factions in Iraq, which have emphasized their opposition to Israel and its strongest ally, the United States.

The UAE, which is Sunni, is a major regional rival to Shia Iran. Iraq, unlike most other Arab countries, is a Shia majority with many powerful Shia factions and militias inside and outside the government closely linked to Iran.

However, Mr Sadr is seen as an Iraqi nationalist less connected to Iran than some of the other Shia political leaders in the country.

“He tells them, ‘You can’t be more patriotic than me,'” Osman said of the Shia political rivalry that has characterized Iraqi politics in recent years.

The legislation presents Iraqi President Barham Salih with a dilemma, who, like anyone who would serve as president in current political calculations, needs the support of Mr Sadr and his allies. Mr Salih is not expected to sign the legislation.

While few Iraqis are outside of politics focused on Israel or the machinations of their own stalled parliament, the legislation has been met with alarm by the United States.

The US State Department said it was “deeply concerned” by the bill’s adoption, adding that it jeopardized freedom of expression.

“I don’t think Iraqi lawmakers are aware of the scope of the international response and the implications of passing this law,” said Farhad Alaaldin, chairman of the Baghdad-based research group, Iraq Advisory Council.

If implemented as intended, the law would make it illegal for Iraqis inside or outside the country to interact with Israeli officials even on social media or attend conferences of organizations associated with Israel.

A provision to expel foreign companies and investors in Iraq that also did business with Israel and seize their assets in Iraq was removed from an even stricter draft of the bill, Mr Alaaldin said.

The law’s provisions would also apply to the government of Iraq’s semi-autonomous region of Kurdistan, which is known to have friendly but not publicly recognized ties to the Israeli government.

Nevertheless, Shakhwan Abdullah, a member of the powerful Kurdish Democratic Party of the Iraqi parliament, voted in favor of the bill, as did the speaker of the parliament, a Sunni Arab, Mohammed Halbousi. Halbousi has traditionally been backed by the UAE, the driving force behind normalization with Israel.

The KDP, a close ally of the United States, joined forces with Mr Sadr and Mr Halbousi earlier this year to try to form a new government.

Indicating the tacit acceptance of Israel by the Kurdistan region, a US research group organized a pro-normalization conference in Erbil last September with the approval of the Kurdish government. The conference brought together Iraqi sheikhs to normalize relations, but instead resulted in death threats and arrest warrants for key Iraqi participants.

A senior US official said a house near Erbil that was hit by an Iranian missile strike in March was an Israeli intelligence outpost, although a senior Biden administration official publicly refuted that assessment.

A statement from the Iraqi parliament said the law was passed “unanimously”. Of the 329 MPs, 275 attended the session.

Contrary to apparent parliamentary unity on the anti-normalization measure, Iraq’s conservative parliament has not passed a domestic violence bill for years that replaces existing legislation, which gives men the legal right to “punish” their wives. Months have passed in previous sessions without passing crucial budget laws.

While the two-paragraph 1969 anti-normalization law also made promoting ties to Israel a crime that could potentially be punishable by death, the current multi-page version focused on criminalizing specific activities it sees as encouraging normalized ties with Israelis and with Israel.

Under current law, an attempt at normalization would include “communication and contact by any means with the Zionist entity and with its representatives” by any Iraqi person, institution or organization in cultural, political, scientific, commercial, economic, media or security area. area.

The legislation was drafted “to preserve the national and Islamic principles in Iraq and the constants of the Iraqi people in the defense of Palestine and its people and all Arab peoples whose lands are occupied,” the law read.

As Iraqis face another blistering summer of power cuts and other flawed public services, few citizens are focused on the issue of normalization with Israel or another of Mr Sadr’s recent campaign — against homosexuality.

“The last thing most Iraqis think about are these issues,” Mr Osman said. “The general public does not like Israel, but it is very strange to go to extremes on an issue that is neither here nor there.” 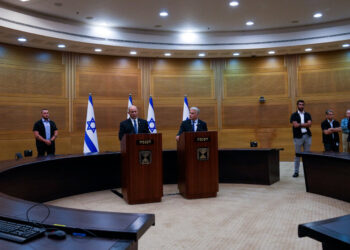