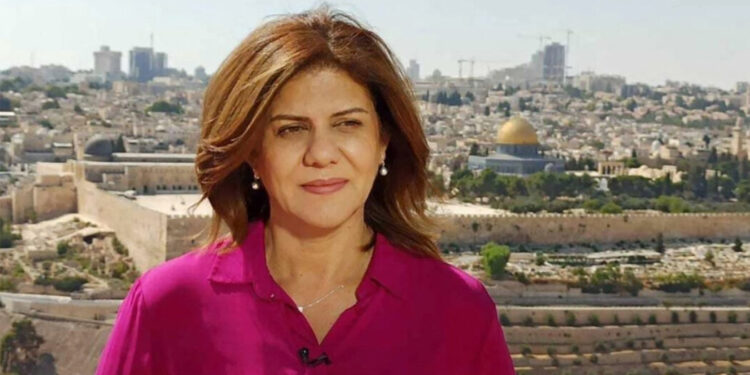 Video broadcast by Al Jazeera, Shireen Abu Akleh’s employer, captures the sound of gunfire and screams as Ms. Abu Akleh and her colleagues came under fire during an Israeli army attack on Jenin refugee camp in the occupied West Bank on Wednesday.

The footage does not show the moment when Ms Abu Akleh was shot, but after audible gunfire in the first few seconds, a man can be heard yelling, “Ambulance! Ambulance!”

The videographer approaches and Ms. Abu Akleh is seen motionless on her face as a man and another journalist, identified by the network as Shatha Hanaysha, try to reach Ms. Abu Akleh but are pushed back by gunfire.

In the images, both women are wearing protective vests marked ‘Press’ and helmets.

Another Al Jazeera journalist in the group, Ali Samoudi, was also shot in the back. From the hospital, he said they had been clearly identified as journalists before the attack. “We were clear,” he said.

Crowds gathered in several West Bank towns on Wednesday to mourn and protest the murder of Ms. Abu Akleh. Thursday there was a funeral procession.