Nearly half of Ukraine ‘polluted’ by Russian explosives: Kiev 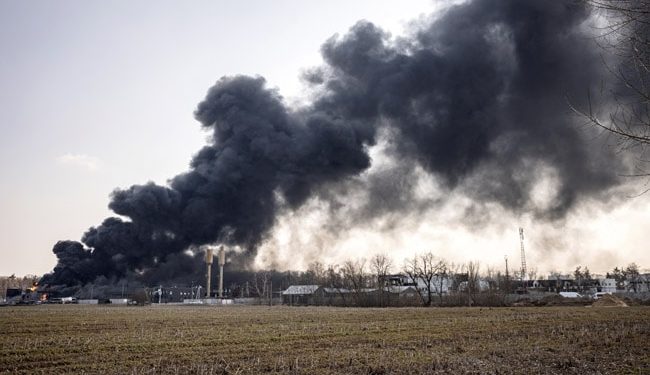 Minister said Ukrainian specialists have demined 300 explosives since the start of the war.

Nearly half of Ukraine’s territory has been contaminated with explosives as part of Russia’s war against its neighbor, a senior official in Kiev said on Wednesday, according to a local media report.

Deputy Interior Minister Yevgen Yenin said some 300,000 square meters of Ukrainian territory has been “polluted” by explosives “as a result of Russian aggression,” according to a reporter from the Interfax-Ukraine news agency.

It was not immediately possible to verify the data.

Yenin added that Ukrainian specialists have demined 300 explosives since the start of the war on February 24, as well as one aerial bomb. They also cleared 14 hectares (34 acres) of territory.