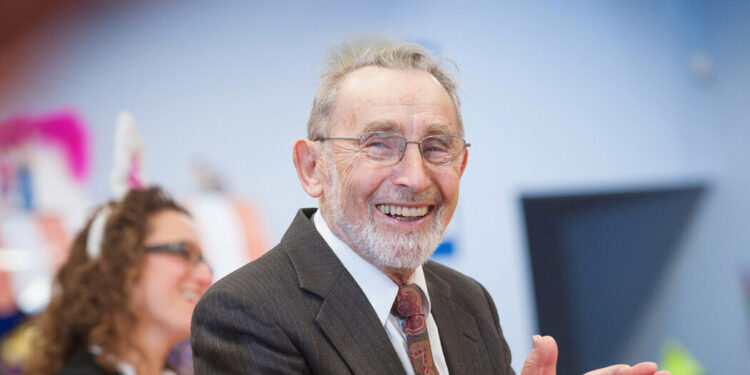 Professor Halivni was born David Weiss in Kobyletska Poliana, now in Ukraine. (He later took the Hebrew surname Halivni, which, like Weiss, means essentially white, because the name Weiss also belonged to SS officers he met.) Although his passport stated his birthday on December 21, 1928, his son said that his real birthday was September 27, 1927, and that the date had most likely been changed so that he could qualify for immigration to the United States under a special war orphans program.

When he was 4, his father, Ephraim Bezalel Viderman, and his mother, Feige Weiss, separated and he and his mother went to live with his Hasidic grandfather, Shaye Weiss, an esteemed Talmudic scholar, in the town of Sighet, then in Romania. There he was sometimes a religious classmate of Elie Wiesel, the future winner of the Nobel Peace Prize.

Realizing that David was a child prodigy, with a phenomenal memory capable of recalling entire pages of text, his grandfather had him delve into the Talmud at the age of five. own, and by 15 he was ordained a rabbi.

In March 1944, the Germans marched into Sighet and deported the Jewish inhabitants to Auschwitz, where David’s mother, sister and grandfather were murdered. His father was also murdered by the Germans, making him the only survivor of his family at the age of 16. After a week at Auschwitz, he was transferred to labor camps in Gross-Rosen, Wolfsberg and finally Mauthausen, where he worked in an underground munitions factory.

He later told his sons that he once saw a German guard eating a sandwich wrapped in a page torn from the Shulchan Aruch, the Jewish law book, and the guard daringly asked to give him the wrapper. The guard agreed and the page became a topic of discussion for several months.

After the Allies defeated the Germans, he returned to Sighet to find that the Jewish community there had been wiped out and stayed in Budapest, where he spent his days studying with a rabbi. He told his sons, Baruch Weiss said, that “the only thing that kept him going after the war was learning.”