Dancehall parties in New York are ‘a different kind of turnout’ 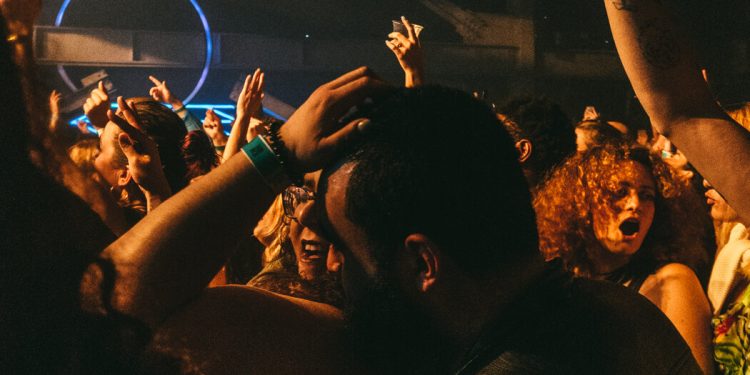 This story is part of an occasional series about New York nightlife.

CJ Milan raced around a yacht just after midnight on Sunday, handing out hundreds of foam glow sticks.

“When the boat starts moving, we’ll play soca music,” she said with a mischievous smile as she paused to watch the dance floor. “Everyone shows up.”

Ms. Milan led Yacht Fete, a 1,000-person reggae, dancehall, soca and afrobeat party that takes place monthly on the Hudson River. The yacht is just one of the venues Ms. Milan uses to host her recurring Reggae Fest dance parties, which she began hosting in New York in 2015.

Dancehall, a party-friendly byproduct of reggae music with faster tempos and the cadence of hip-hop, came out of Jamaica in the late 1970s. And New York’s dancehall parties, often thrown by and for the city’s large Caribbean communities, bring people together on flamboyant dance floors where they can whine, dagger, line dance and fall into full-blown bursts.

Ms. Milan, who estimates she has drawn more than 170,000 people to Reggae Fest events in New York in the past seven years, has since expanded the parties to Washington, DC, Atlanta, and Los Angeles.

But while she’s expanding her reach, she’s still figuring out how to keep the fussy New York crowd happy.

“New York is a different kind of turnout,” she said. “We just have so much more to do music-wise, because our city is so diverse.”

She said that at each of her parties, she tries to get a team of DJs ready to play the kind of music that the crowd reacts to the most that night.

Marvin Smith, who is known as DJ Legend at Reggae Fest, said he plays everything from reggaeton to dancehall to keep people moving.

“When I see the haircuts sweated out, when I see people looking around like, ‘Where are my keys? Who’s got my phone?’” said Mr. Smith. “When we see that, we know the mission was successful.”

And Ms. Milan said they try to throw something into the mix for every kind of listener.

“Dancehall has different levels – some of it is hardcore,” she said, which often appeals to a younger generation. “But then you get the older generation that wants to hear Mr. Vegas or Sean Paul.”

She added: “Then you have others who say, ‘I want that sexy stuff’ — they want to hear what the women have to say,” referring to artists like Spice.

Still, there are certain shows that attract all kinds of dancehall fans. While Sean Paul performed at Elsewhere in Bushwick on April 25, the audience reflected his fan base, which encompassed an international and intergenerational mix.

Paul, 49, a quiet and unique figure responsible for bringing dancehall to American radio stations in the early 2000s, said his earliest memories of Jamaican dancehall parties date back to when he was 14.

He sneaked with friends to a street party called Frontline, where they often saw dancehall legends like Tiger and Shabba Ranks and danced under the open night sky.

“That was the only thing I didn’t like about clubs here at first,” he said. ‘You can’t see the stars. You don’t feel the moon, there’s no island breeze blowing in your face as you listen to real, authentic rumbling bass lines.”

But when he came to New York in the late 1990s, he discovered a more “grubby” dancehall scene with audiences for every niche. One of his favorite dancehall spots in the early 2000s was a two-story warehouse in Brooklyn, where the parquet floors moved “at least 12 inches” as people danced.

“It’s the only city I knew at the time where I could hit four clubs in one night,” he said before finishing a list of the different places he would visit.

“Two clubs in Jersey – one is a Jamaican club and the other is a Guyanese club,” he said. “And then one in Brooklyn, which is a downright hardcore hip-hop kind of vibe, and the same in Manhattan.”

But many of the clubs Paul remembered are now long gone. And while there are still smaller spaces playing Caribbean music dotted around the city, there are only a handful of parties and shows that consistently bring thousands of people out.

Cathy Rodriguez, 25, who was at Ms. Milan’s yacht party last weekend, said she’s been coming to Reggae Fest parties for years. Ms. Rodriguez, who often travels from the Washington area where she now lives, said she would plan some of her outings around the party.

Ms Rodriguez said one of the main draws of the party is the chance to hear her favorite music.

“Dancehall will always be my first baby,” she said. “Growing up in New York City, especially the Bronx, has always been a big part of my life. Like my mom listens to dancehall on a Sunday morning when she’s cleaning up.”

And even beyond her favorite songs, what keeps Ms. Rodriguez coming to dancehall parties time and time again, is the lively dance floor.

“In the Caribbean community, we often say ‘stush,’ and ‘stush’ basically means standing still,” she said. “I don’t know if you’ve ever been to a regular nightclub in New York City, but people are like standing still, smoking a hookah – you know, they don’t really enjoy the music.”