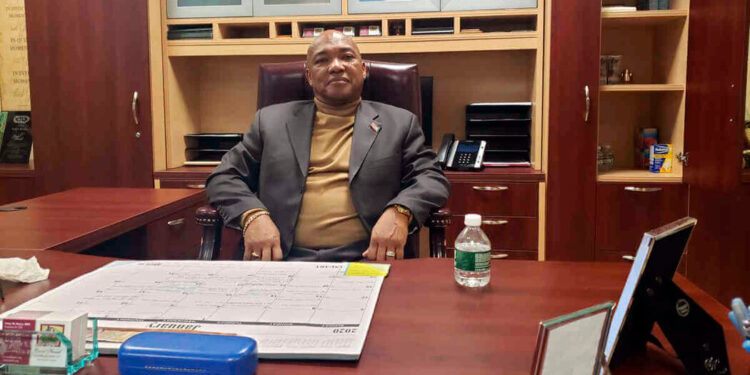 Mr. Rivera accepted more than $66,000 in kickbacks from a company called RJP Construction and its owner, Fernando Rodriguez, a pastor from the Bronx, according to court records. He arranged for RJP to receive contract work in a shelter building in the Bronx in exchange for 7 percent of the construction contract. The bribes were disguised as “consultancy fees” paid to a company run by Mr Rivera and his ex-wife. Mr Rodriguez was charged with criminal charges in a separate health care fraud lawsuit in which he pleaded guilty.

Mr. Rivera pocketed an additional $492,000 in bribes from a security firm called Prime Protective Bureau, which had received $12 million in contracts to monitor the Bronx Parent Housing Network shelters. According to prosecutors and Mr. Rivera’s attorney, Mr. Rivera had the CEO of the security firm shorten checks at his for-profit company, Community Outreach Consulting Firm, and at another company run by Mr. Rivera’s son called TLV Consultants.

Mr Rivera also demanded that the security firm hire his ex-wife, Lanet Rivera, court records show, after she was forced to resign from the Bronx Parent Housing Network due to conflict of interest rules. Last year, Prime Protective Bureau had paid Ms. Rivera more than $372,000. The couple, who married in 2009, split due to Mr Rivera’s infidelity and the criminal case, according to a legal filing by Mr Rivera’s attorney.

In exchange for leasing a shelter building from the Urban Residences Corp. company, Mr. Rivera demanded a bribe from a consulting firm run by his son, which Mr Rivera’s attorney and the government said had “little or no business expenses.” . file conviction. Mr Rivera used most of the money to pay off the mortgage on his home, prosecutors said.

Mr Rivera’s lawyer had argued that Mr Rivera should be sentenced to probation and community service because of his years of charitable work and his association with the government. But federal prosecutors said jail time was needed to serve as a warning to other shelter operators who might want to exploit taxpayer money.